A PASSION FOR LIFE IN THE WILDS


One of my early productions was a three part series Mike Salisbury and I filmed and produced for the BBC Natural History Unit about Arctic wildlife, working with many great scientists, the wonderful Inuit people and of course, the charismatic polar bears.


However, if you look up Hugh Miles on the internet you’d think, judging by the pictures I see banded about that all I ever do is go fishing … if only … but it’s simply one of many hobbies I enjoy, gardening our two wooded acres being the most time consuming, especially as a stream flows though our patch and by damming it in several places we’ve created five ponds.

Chris Yates' children Alex and William each enjoyed catching their PB's from them, so they've proved a happy asset for us all but since the turn of the century, our local otters also think it's a splendid place to fish. It's a privilege to have them in our wildlife garden but our fish are wildlife too and they keep on being eaten, so otters are a mixed blessing.

It's always a relief to return home alive and well and enjoy a few days of family time but my job as a cameraman/producer required me to ‘live on the edge’ and there's sometimes risks involved.  But I’ve always admired that famous visionary who restored the glories of the Gardens of Heligan, Tim Smit because he believes that “if you’re not living on the edge you’re taking up too much space"!

You can't get much closer to the edge than trying to film snow leopards and though I’m no publicist, I keep on being encouraged to tell some stories from the bush ... and I’ve been extraordinarily lucky to live with charismatic animals and many marvellous folk. It's a privilege to savour and share.

Filming in Ladakh in the Himalayas for ITV's "Searching for the Snow Leopard" created more than a few stories to tell but we usually saw only footprints. You can see some up the snow slope to the right - tough walking country but not for snow leopards! Camera traps enabled us to identify individual cats. This was our territorial male called Mikmar at 15,000ft.

Another challenge was filming for David Attenborough's "Planet Earth", taking me up into the Himalayas and close to Everest. I'm never happier than walking in the mountains, even if it means carrying heavy camera gear to capture the animals on film.

I have had more than my fair share of special memories and writing about these adventures is enjoyable, so I thought I might write a few stories about filming leopards in East Africa but on reading through my journals, I’m finding that we had so many exciting moments it requires too many words to describe, so I'll just add a few pictures from some of my other films and carry on writing about leopards another day.

As any photographer will have already noticed, I'm not a 'proper' stills photographer because if something good is happening I need to have the film camera in my hands to capture the action. Compromising the quality of the movie isn't an option so I've never taken many stills. Those I do are strictly happy snaps but don't get me wrong, I love taking pics but don't have a fancy camera with auto focus etc. In fact, most of the pics are taken before the digital age on slide film using cameras that should be in a museum.

Anyway, the first major wildlife film I made was when I was head of the RSPB Film Unit. I'd made enough films for them about robins, blue tits and other cute birds so needed something bigger and more exciting to challenge me. I needed to look no further than one of the most charismatic birds in the world, the osprey.

Such is the birds charisma that if I could nail some spectacular fishing dives and intimate scenes at the nest I stood a chance of being noticed by the BBC Natural History Unit and after two challenging but ultimately successful years my reputation rose like the ospreys splash and on completion, I joined the ranks of the self-employed.

As a postscript, the film eventually sold to over forty countries so it turned out to be a nice little earner for the RSPB and as a staunch supporter since childhood, I was pleased too.
In spite of eight years at the BBC Film Unit in London filming all manner of programmes along with the five years at the RSPB, I was still a comparative novice in the wildlife filming business so it took a deal of courage on the part of producer John Sparks to trust me with the final shoot for what became the first of David Attenborough's ground breaking series, "Life on Earth". 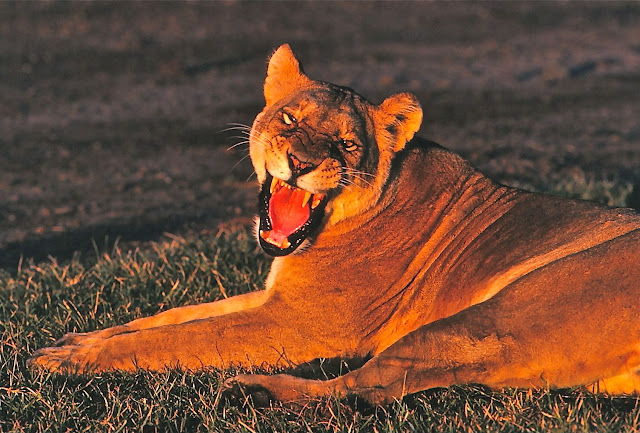 My contract was for a month but within two weeks I was back home, a mixed blessing as I'd just spent over £20,000 on camera equipment and only received two weeks pay instead of four. However, my reputation was enhanced, for we'd filmed the lions making a double kill on the first day, another kill to match it on the second, then captured the rare sequence of two male cheetahs catching and killing a wildebeast. It was a remarkable run of good fortune and it's been downhill ever since! 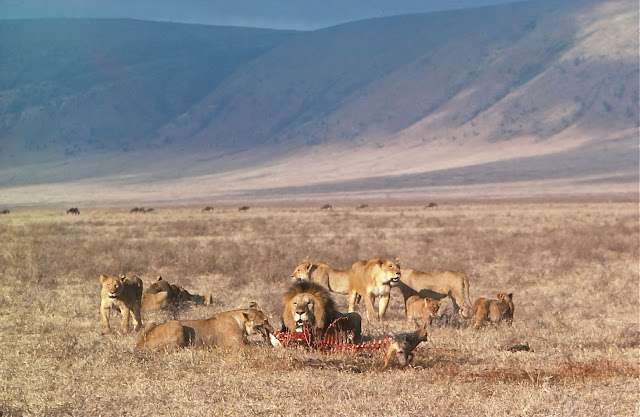 These early successes meant that the world was opening up for me and next up I was lucky enough to be picked to film another extremely popular three part series for the Beeb,"Flight of the Condor".


The three films told the story of an exciting journey from the very tip of South America at Cape Horn, following the Andes north, all the way through Peru, then into the Amazon Basin in far off Equador.

One of the most exciting moments when filming in the Torres del Paine National Park in Chile was the brief sighting of a puma. This lit a fire so inspiring that I made a vow to return one day to try to make a film about these elusive cats.

My wildlife career was moving forward nicely and many new commissions came my way but I'll skip those for now because for a few years, otters became the focus of my life.

In the early eighties the Shetland Isles were one of the few places that otters could be reliably seen and it's difficult to believe that they were pretty much 'extinct' in most English counties. This 'rare' animal had never properly been filmed because they were regularly persecuted ... until the seventies hunters in Shetland received a bounty, so I had a big challenge ahead ... nothing like being thrown in at the deep end to film 'impossible' animals.

I only had one sighting in the first ten days but eventually won some success by habituating a particular female that after several weeks trusted me enough to be close to her and her cubs.

She would even swim up to me, so it was a magical experience and over about four years I made three films about her, the first of which was an Attenborough BBC "Widlife on One". As otters had hardly ever been seen on TV it was an extremely popular programme and garnered an impressive audience of 17.3 million. 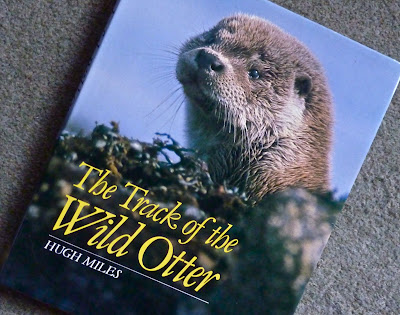 I took loads of pics of her and the cubs because I decided to write a book about living with these wonderful animals in the farthest corner of the British Isles.

Now they are everywhere in the country and it's ironic that instead of the long journey to the Shetland Isles I can now film them in our garden in Dorset, eating our fish! Their recovery is one of conservations' greatest success stories, though I doubt many ducks and fish think it's cause for celebration.

Many more films followed before planning a three part series for ITV on the wildlife of the Kingdom of Bhutan, 'The Land of the Thunder Dragon'.

I had already completed an extensive recce with the World Wildlife Fund and was all set to start filming when Bhutan suffered terrorist incursions from tribes in northern India.

I was asked by the government to postpone filming, so found myself with the shocking prospect of no work for the three years I'd planned to be in the Himalayas.  As one door closes another opens and I suddenly thought that here at last was that opportunity to make a fishing film. As they say, the rest is history because by June 16th we were filming "A Passion for Angling". 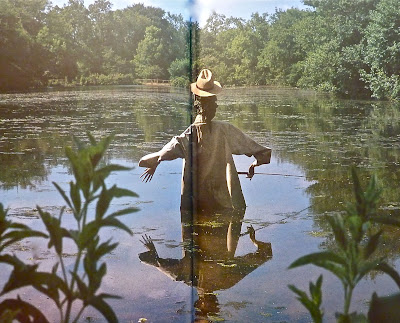 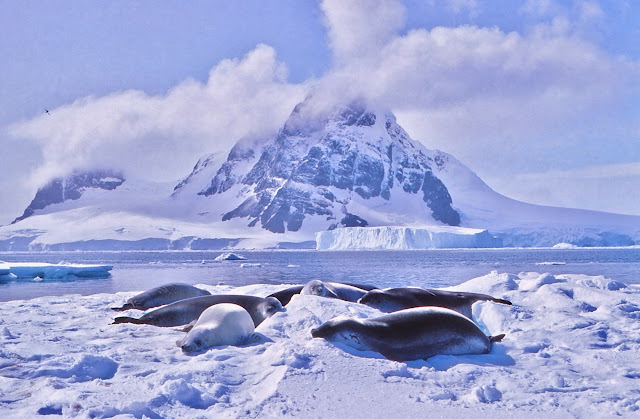 More 'Passion' filming followed quickly upon my return as we now had some cash in the bank, so some summer and autumn sequences were added to the third and fourth programmes.


It seemed at the time as if we'd struck a chord with both anglers and non anglers and the BBC showed it five times before asking us to make another series, even to the extent of saying that they would make it more than financially worthwhile if we did. At the time we thought enough was enough and luckily, we were right.


After the years of the hard graft creating the series we felt that we had said what we wanted to say about the magic of angling and now find it increasingly remarkable that the series is still hitting the spot, even though twenty eight years have passed since June 1989 when we made those first tentative casts into the legendary Redmire Pool. 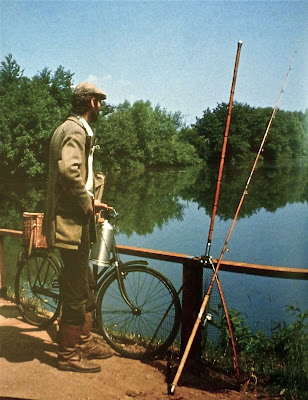 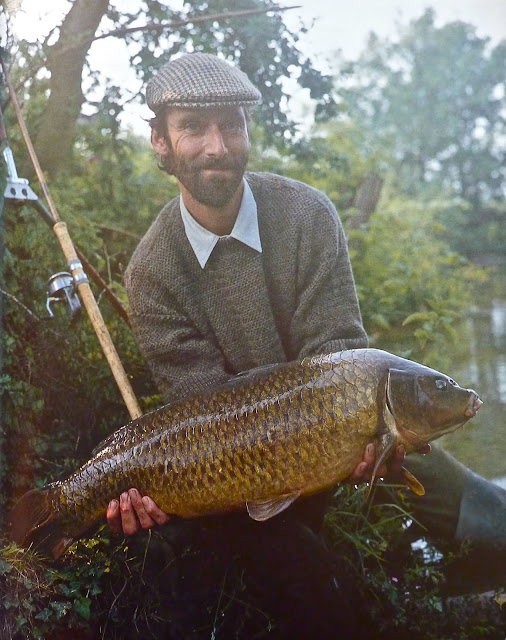 We feel very fortunate that the films are still enjoyed by thousands of folk and grateful that Chris, Bob and I have so many happy memories of going fishing in all those beautiful places. It was a privilege just to be there and sharing it with you all makes it even more rewarding. 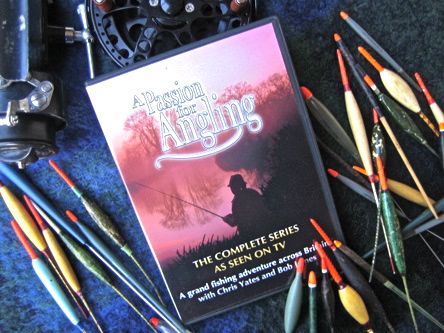 Copies of our DVD of the six part series can still be puchased from Sue and I via our website - www.passionforangling.info