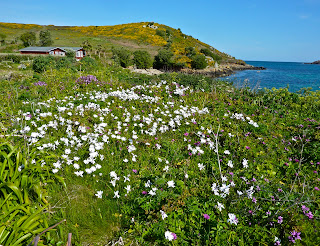 It’s easy to dismiss a child’s success in angling as beginner’s luck but I believe there is something more fundamental going on here that we more ‘mature’ anglers should take note of.

It is wonderful when our young anglers catch good fish and when friend Jim sent me pics of his two boys, Charlie and Ben before the end of the river season, I felt it was an opportunity to explore the reasons why they were successful when we were struggling.

Jim works for the Environment Agency and along with several other friends I have working there, does everything possible for our rivers and fish life that tight government budgets allow. I know it is fashionable to knock the EA, as it is the NHS, but in the case of the work carried out from the Blandford HQ, criticism is inappropriate and unfair. If our government actually cared about our environment and did something instead of just talking about it then we would all be better off and so would our fish and other freshwater wildlife. Anyway, rant over.

Charlie and Ben have the first requirement to be successful and that is a knowledgeable Dad who is keen to take them out and help them catch. But more than that, both boys have enquiring minds and are prepared to try smaller bits of water in the Hampshire Avon water meadows that we ‘grown ups’ might overlook or dismiss.

Secondly, have you noticed how you are often successful when first visiting a water but never quite as successful after that? It’s a tricky one as knowledge is meant to be helpful … and it’s essential when making wildlife films … but I for one suffer from a lack of open mindedness once I’ve visited a water and don’t think it through as thoroughly ever again. Your mind is already cluttered by past experience and so you are less likely to make a decision based on the conditions facing you at the time. You naturally tend to head for a swim where you have caught before when you should be at the other end of the lake or different stretch of river.

No such problem if you’re a beginner, you just do what comes naturally and catch! You are more inclined to explore and try different things and different places, so the lesson for me at least - “must try harder”!

… and now for something completely different. I’m certainly a beginner when it comes to giving talks and film shows, so Friday night saw me well out of my comfort zone. As those who’ve read this blog before, I decided to attempt a fund- raiser to help support the Dorset Wildlife Trust and their sterling work to restore our local gem of a chalk stream, the River Allen.

I booked the largest hall in Wimborne, a big projector, large speakers and twelve foot screen, then wondered if anyone would show up! In the event, thanks to tireless work by DWT staff, we filled the place and 310 folk contributed £2,000+ to the project funds. The auctioned pic. of Penny the Puma raised an impressive £230 and might have done even better if the DVD hadn’t failed to play after twenty minutes! The audience had to put up with me rabbiting on about my lovely pussy cat instead but they didn’t seem to mind, especially as I was asked if I was ever near to getting eaten by her.

I survived to tell the story … and survived the even greater ordeal of being in front of an audience, so I guess, if invited, I might even do it again, especially if the river will benefit from the effort everyone put in.

Our BAFTA award winning tiger film next - maybe?
Posted by Hugh Miles at 20:05 No comments: