OUR JEWEL IN THE CROWN

If you’re a lover of wildlife, you’ll know there are places that you visit which touch your soul. I’ve recently returned from just such a place.

This place isn't grand, it's just a shallow half-acre lake surrounded by woodland and fields with a little river running through it. Neither is it ancient, for until recently it was a silted up hole in the ground which required three years of hard graft by members and volunteers to transform into a haven for wildlife. It's become very valuable.

Why it has a magical quality is a mystery but lying in a hollow in a quiet corner of sunny Dorset, it is the very essence of peace and tranquillity, apart that is from the deafening birdsong. In just two visits I’ve already identified thirty-seven different species, so all of them think it’s a special place too.

With a steady flow of crystal clear water, weed growth is prolific, so the lake makes an ideal home for tench and crucians. The club has stocked lots of both this past couple of years and they are growing rapidly. They have even bred successfully. The water is alive with food and fat fish.


1st May was the day our members were allowed to fish it for the first time so a couple of days later I arrived at sunrise to see whether our club had created the ideal fishery for some traditional angling.

The mist rose gently from the calm water as I carefully cleared a narrow strip in the weed, using a small rake on the end of my landing net pole very close to the bank. 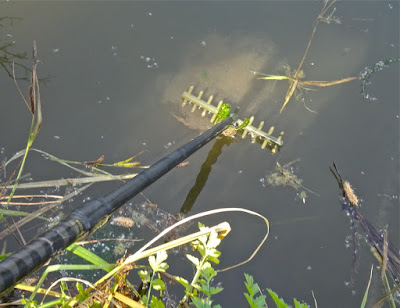 Tench love weed and the food and cover it provides, so I was careful to only scrape out enough to provide a clearing for my tiny pole float and create a spot for my bait to rest on the silt. 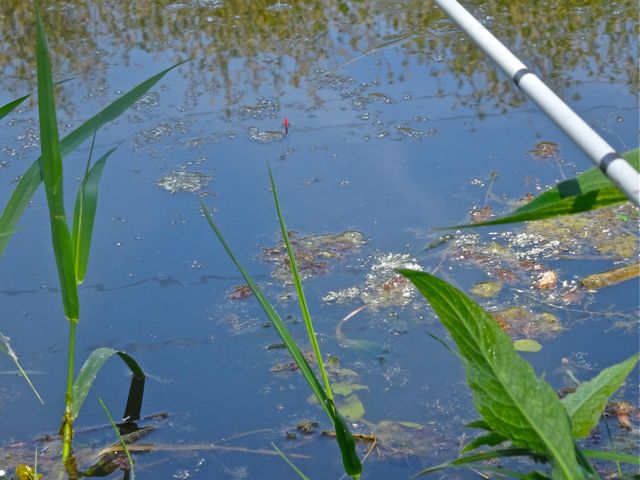 Quietly lowering a small pole cup of chopped worms in dark groundbait along with a pinch of hempseed, pellets and maggots into the swim, I inched my little bit of worm over the top before enjoying the damp air rising above the willows and alders.

Those moments when waiting for the first signs of interest from the fish are as good as they get, though I didn’t have to wait long before the float tip trembled before being pulled slowly under. A gentle strike, a wriggling resistance and the fattest little tench lay in the landing net and made my day.

Luckily it was the first of many, so another little pot of tempting morsels was added to the swim after every couple of tench and didn’t they fight, stretching my elastic to the point where I thought I’d be broken. They were the most perfect fish, golden red-eyed beauties, the females so fat that spawning was surely imminent. 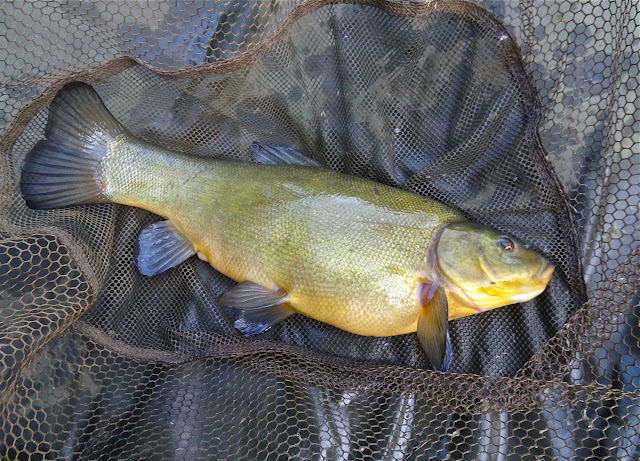 It was a little cool and early for the crucians to add to my enjoyment but they will surely be delighting us all before too many weeks have passed and I was more than happy with the eleven tench caught in the four hours I was able to escape the world.

They weren’t all small either, several being around the three pound mark or more and really feisty too. Neither did I  catch as many as several other members, so for our Wimborne Club, it has been mission accomplished.

Three years ago the WDAC set out to create a traditional tench and crucian fishery for our members and with the help of many volunteers and organisations like the EA and Angling Trust, the results are simply delightful. I’d strongly recommend you give it a try ; it really is a jewel in our crown.

For further info on WDAC membership and our other waters, please visit our website :   http://www.wimborneanddistrictanglingclub.co.uk/