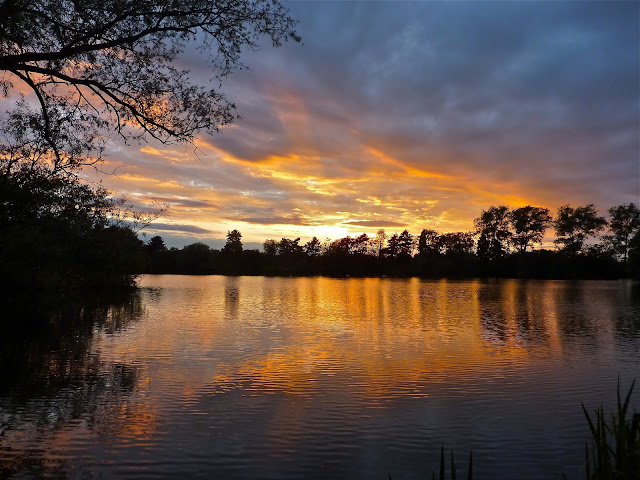 If you’re a passionate angler like me, what could be better than a birthday tench. Beautiful but feisty, big enough to fight back when hooked and a joy to behold when finally on the bank, they make the perfect present.
Fishing for them on my special day has become a tradition, so each year I venture forth in an attempt to prove that I’m not yet past my sell by date.

The locations for my adventures have been purposefully varied. This year and last I have been on a wonderfully scenic gravel pit in Hampshire. I’m there right now as I write.

Two years ago it was in the Cotswold Water Park, the pictures taken by my good friend Mark Woodage.


I love it there and would fish it more often if it wasn’t a distance away.

In contrast, this next fish was taken from the intimate waters of the upper Bristol Avon. At exactly eight pounds it is the best tench I’ve ever caught, not because it’s the biggest but because it was caught from a river, on a traditional float and pin, used to edge a lobworm under an alder tree. The catch included an 8lb15oz bream and a 2lb6oz perch so it was a memorable day.

On several years I’ve tench fished in the Fens, a place close to my heart as I grew up there dreaming of catching tench instead of the ubiquitous bream.
I never did succeed when I was at school in Ely but recently the lovely Lodes have provided me with a few, including this six pound battler.

My biggest tench is stuck on 8lb9ozs. I’ve caught one this size from five different waters, the first from Sywell in the good old days. You’ll be relieved to hear that I have no pics of any of these big tench but I’m after a double, aren’t we all, and when I catch it I’ll make sure I take a pic. Hopefully it will come along on my birthday ; now wouldn’t that be a present and a half. 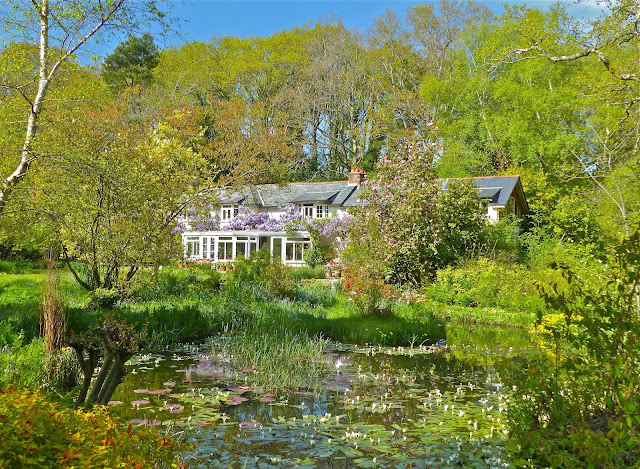 Travelling the world to film wildlife is a privilege but for ultimate fulfilment there’s no place like home when you are a wildlife friendly gardener. 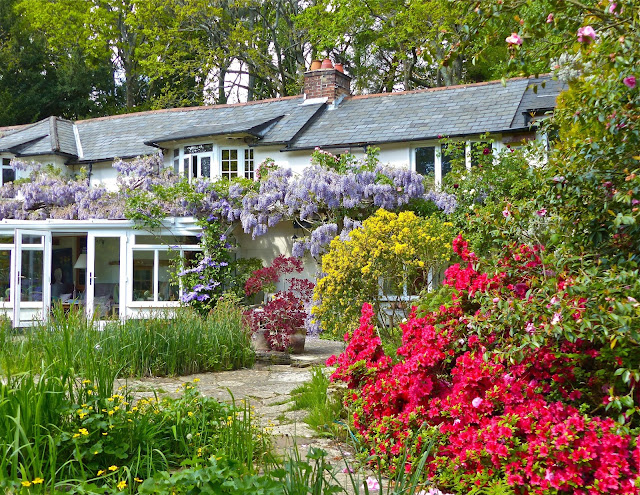 My wife Sue and I are the grateful guardians of two acres of what was once largely derelict grass and dense woodland but when we first viewed it we could see the potential to create our own haven for wildlife. The cottage is 18th century cob and on arrival thirty-six years ago we noticed two ditches around the property that had running water in them.

Within weeks we had thinned excess trees and diverted the water to create a stream that flowed through the
five ponds we dug with spades and a JCB. Each year we have created more wetland habitat and can’t stress enough how magical it is to add water to your garden. It doesn’t have to be big, just wet.

Only the other day I’d cleared a small marshy area and within hours two little egrets arrived, no doubt looking for our numerous frogs, newts and tadpoles. As all wildlife enthusiasts know, create habitat and the animals will soon take advantage.

With this in mind we decided to start a wild flower meadow and so the lawn in front of the cottage was left uncut one spring. An amazing transformation took place as within weeks a host of flowers emerged from the grass, including three southern-marsh orchids. 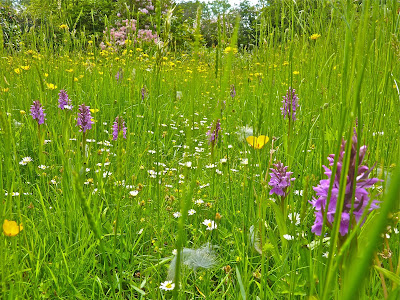 We haven’t sprinkled seed but the variety of flowers keep on coming and the orchid head count is now in the hundreds, including pyramid and a few spotted. The bees, butterflies and grasshoppers love it and for us, it’s simple colourful summer joy.

Sue has planted masses of insect friendly flowers, our woodland too, so the place hums with butterflies and bees. She’s a great fan of hover flies and solitary bees so we have a couple of insect homes for them, along with bird and bat boxes and old wood stacks to create beetle and bug banks.

We feed the birds too of course and have some ‘interesting’ visitors at times, mandarin are regulars with three broods of mallard ducklings most years, the garden resembling Slimbridge.

We’ve left ‘no go’ areas with lots of scrubby bits and so every summer we revel in the song of blackcaps along with chiffchaff, song thrush and the beautiful warbling of the blackbird, serenading me as I write.

The latest bird count in and above the garden is one hundred and seven species so we know it’s a privilege to share this patch with so much wildlife. Water is the key, particularly as I love fish, for they are wildlife too.

What’s more, fish provide food for herons and our ultimate garden visitor, otters. We receive a raiding party most years and though it’s a real treat to see them, it’s distressing when they eat our wildlife in the middle of the night. We used to have breeding moorhens but not since the otters discovered us. They are killers so are a mixed blessing.

The streams provide a place for our minnows to spawn, food for kingfishers, magpies and even blackbirds. Yes, they do eat fish! Running water is great for bird-washing, stock doves, grey wagtails, buzzards and sparrow hawks being some of the more exciting bathers. 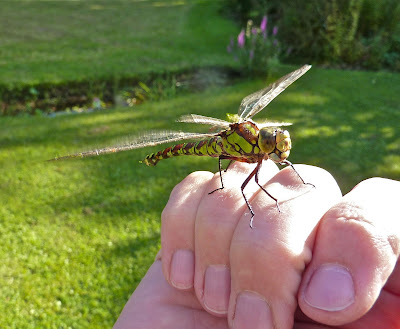 The ponds are alive with dragons and damsels and on one memorable day last summer we were sat admiring a golden-ringed dragonfly close to our tea drinking spot when a hobby swooped down and snatched it with a loud crack. Simply amazing!

As if our own patch isn’t enough, the Dorset Wildlife Trust became our nearest neighbour when they bought the surrounding woodland as part of the exciting Great Heath Project. In our view that took us one step closer to heaven and being part of the growing army of keen gardeners who create so much for wildlife is the ultimate reward.

In order to encourage everyone to create wildlife friendly gardens, the DWT give advice and award plaques to those who fulfil specific criteria and we wanted to become a part of this crusade. We were even encouraged to enter their wildlife friendly competition and Sue was surprised but delighted when we won the award for large gardens. Seeing all those happy, smiling folk at the Gardening Awards Ceremony last year just proved to us how much good that hard digging does for us all. So if you’ve ever wondered where paradise is, simply step outside into your wildlife friendly garden and get digging ... and planting.

It's always suggested that planting trees isn't for us but for our grand-children and it's simply not true. We planted many of the trees in this picture and look at the size of them, especially the glorious beeches across the pond, only thirty years old and BIG.