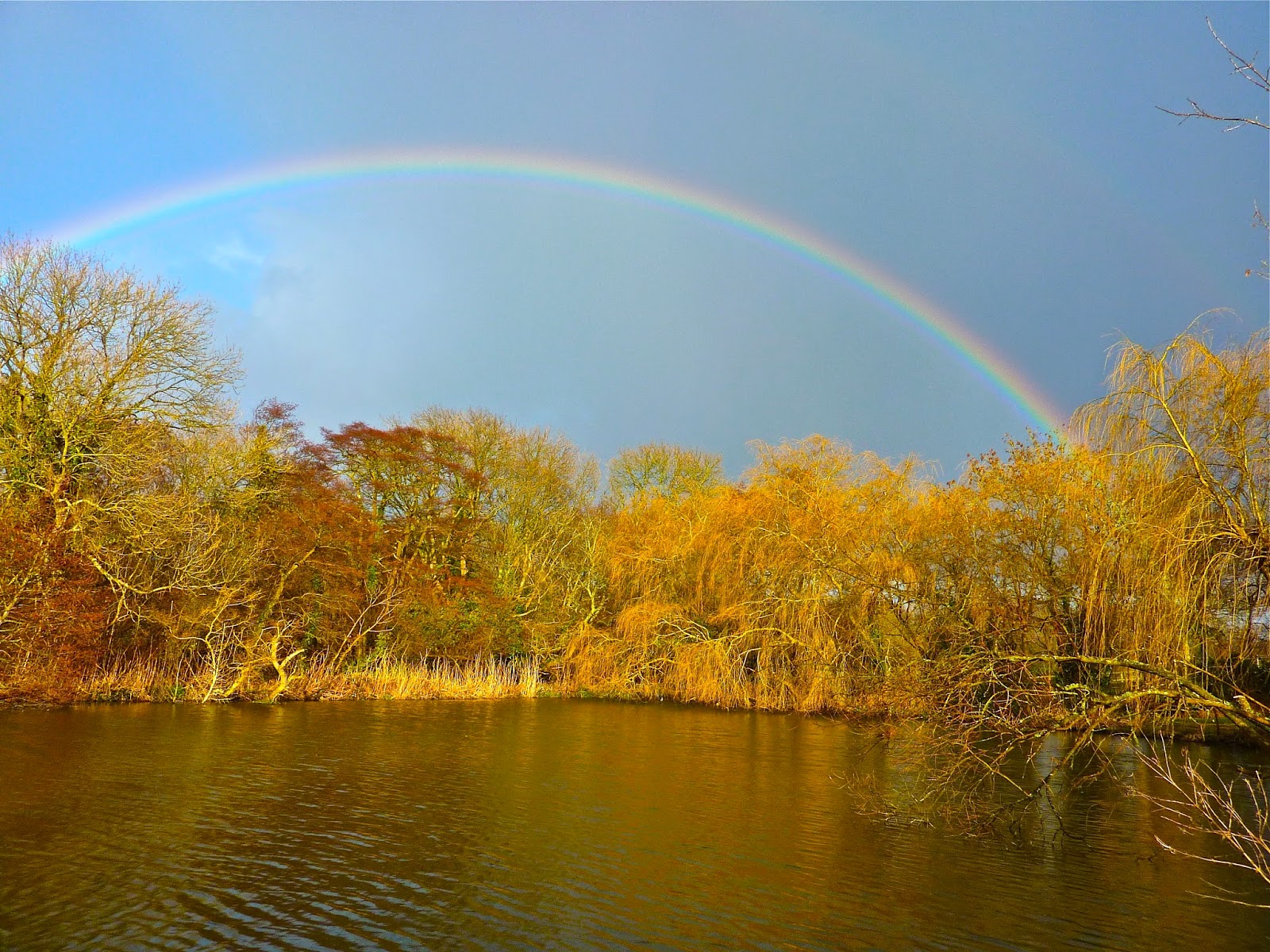 Sadly, I’ve realised that there comes a time in every bloggers life when he has to stop fishing and get blogging … and this is it. So to mark the end of my roaching and the start of my tenching, I thought it would be nice to celebrate the wonderful time I’ve had under the spell of those beautiful, big, fat bars of silver.

Sway Lakes was the peaceful place of roaching worship and being a carp fishery, it’s inevitable I tangle with a few mud suckers ... and when it happens on roach tackle it can be quite exciting.

Isn't this a beautiful creature … the ultimate ‘nuisance fish’! How I landed this mid double linear mirror when it was tethered to the reeds on the far bank by a leader that hadn’t been tied on properly I’ll never know … but having snagged the leadcore on 2.5 line, a lot of patient pressure meant it ended up in my landing net, along with the tethering reeds and a branch.

When roach wake carp anglers at night, they are often termed ‘nuisance fish’, along with all the other species … but I think this damage by an exasperated carper to this beautiful big roach should see him hung from a tree by his wedding tackle!

Horrible isn’t it, so come on guys – how can you damage such beautiful creatures when you are only missing some sleep? Shame on you for not treating all fish with respect.

Great friend Trevor Harrop of Avon Roach Project fame shared plenty of banter and his ‘best sandwiches in the world’ before the project kicked into overtime, so we had some lovely days catching roach in the early spring sunshine.

Then when the river season closed I started to try to find ways of catching the bigger fish. Hemp and tares largely avoided the ‘nuisance’ perch and also produced several very welcome two pound roach, but I suspected that when the inevitable smaller roach were whisked out of the swim by my pole, the big ones wouldn’t like it.


So side-hooked mini boilies were the next to be tried and the quality of the fishing improved no end, a lot fewer fish but the size rose dramatically, the average probably 1/5 pounds. Two pounders came fairly regularly, though the delicate presentation and bite detection on the pole far out fished any other technique.

My ambition rose to not just two pounders but a two pounder on the pole at night, so I attached a little starlight to the top of my pole float and when I wasn’t going cross-eyed, much enjoyed seeing the light extinguished as it was pulled under the surface, the glow slowly disappearing into the darkness. It was a coconut every time, with two pounders included.

Bites were still snatches on the quiver rod, even at night … and even though I suffered from eye strain as I watched the meniscus of the slack line where it entered the water, the bites were missed almost all the time. Tricky fish roach!

Yes, I know that if I’d lowered my standards and used a bolt rig I’d have caught much more, but there’s a limit to how low I’ll stoop, even for a roach! Only joking, every man to his own … but I’m now at an age where what I catch and how big is secondary to the technique I’m using. They’re only fish after all and if I want to watch a float trotting downstream or a pole float gently dithering to a crucian’s enquiry, then that’s what I’ll do.

And there's the surroundings and wildlife too ... just as important as the catching in my view, the beauty of dawns and dusk an essential part of a special day in the countryside. 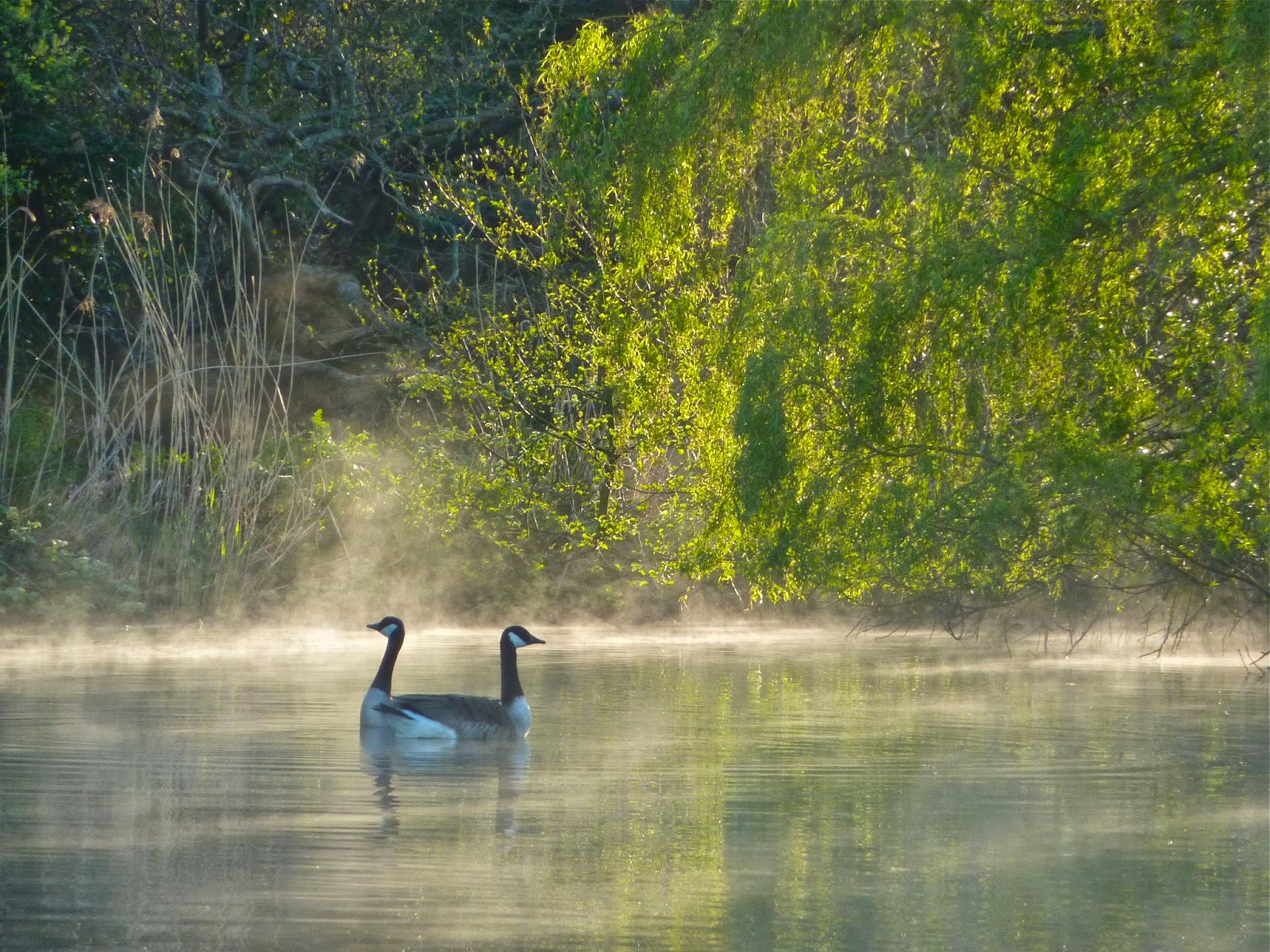 The favoured technique for the local tench is to bolt rig maggots at range but I’d rather catch a three pound tench on the float close to my feet than a six pounder 50 yards away. Mind you, if I go tenching tomorrow I might be giving it the big one into the far distance!

Trev hasn’t been able to join me much due to the imminent release of impressive numbers of Avon roach back into their ancestral homes.


I was on hand to take a few happy snaps and film them being released in Fordingbridge park, one of four historically famous places for roach fishing. Happily, the future of Avon roach has received a major boost on yet another year of successful productivity by Trevor, Budgie and the team supporting them. To read more, visit the project blog at http://www.avonroachproject.blogspot.co.uk/
So there’s no doubt that one day we’ll once again be rejoicing at the sight of roach like this in our landing nets.

The roaching has been wonderful at Sway this spring, the warm winter ensuring they are fat and in the best nick I’ve ever seen. I ended up with more than 100 over a pound and 17 over two in just a few visits … but the best was yet to come.

In mid-day sunshine last week - [no, the roach haven’t read the rule books], I got very lucky and instead of missing a twitch on my ancient little Drennan bomb rod, hooked what felt like a roach but soon became so obviously too heavy that I became convinced it was a tench. Then it rolled and the red fins made me gasp. It was a monster … please don’t fall off!

After more than a few anxious moments the bar of silver ended inside the welcoming arms of my landing net and it was obviously heavy, maybe over three pounds. So when carefully weighed and it went three pounds five ounces I was a little chuffed.

After sixty years of roach fishing I had beaten my PB by an ounce … and as luck would have it, a fellow roach angler who also had a PB of 3/5 was on hand to do the honours with the camera and share the sight of the beautiful creature. It was simply a stroke of luck that possibly the biggest roach in the lake had come along and snaffled my boilie … and that I was alert enough to strike! I phoned Trev to share the happy news and he suggested I should go out immediately and buy a lottery ticket!

Ain’t angling wonderful when all the stars merge to provide such amazing moments of joy. Now for that ten pound tench – or a blank!
Posted by Hugh Miles at 20:28 No comments: