Why is it that mullet are such magical fish? Is it simply their elusiveness, their gift of avoiding capture or their unbelievable ability to fight until the angler is almost beaten?

Then you have their constant and mysterious movement with the tides, their muscular torpedo shape and that most beautiful camouflaged back. Ain’t nature wonderful when the depth of colour and form makes them so difficult to see from above, though not so difficult that one of the fish eating osprey’s name is ‘mullet hawk’.

Sue and I were walking the RSPB’s heathland reserve at Arne on Thursday and as the tide flooded the creeks, the mullet cruised amongst the legs of egrets and spoonbills. An osprey circled with intent, as they often do over Poole Harbour at this time of year, re-fuelling on mullet and flounders for their long odyssey to the sun drenched mangrove swamps of west Africa.


Non of us anglers are that far from an estuary where mullet might be caught, though we are very fortunate here in Dorset to have both Poole and Christchurch Harbours in which to try our luck. We usually venture forth into the latter and absolutely love our days out on the waves.

We almost always see hundreds of mullet all around our boat ; catching them is the tricky bit! Feeding as they do on algae, we never know why it is they take a lump of flake or bunch of maggots but we are always very grateful when they do. As we often say, when it comes to mullet fishing there are lots of questions but no answers!
Much admired angling author and Times columnist Brian Clarke wrote in an Angling Trust newsletter that he's sure trying to catch mullet was the quickest way to the asylum that he knew!

Sometimes they don’t seem interested in any of our bait but luckily there are lots of other species to catch. Bass are always a possibility, good roach, clonking great dace and beautiful bronze bream are a probability. So there’s never a dull moment as when the float fails to do so you never quite know what has taken the bait. Hours of fun.

Going out with friends makes the days even more enjoyable and this year we’ve been fortunate to be joined by Martin Salter and Jim Wreglesworth, both of whom are as enthusiastic about trying to catch mullet as Trev and I.

I spent my birthday with Sue instead of fishing with the lads, [brownie points earned maybe?] … taming a starling, walking around the estuary looking at wildlife and going on a boat trip, so was able to see Jim and Trev from a tourists point of view.

It was a successful day all round, for I enjoyed two ice creams and Trev caught his biggest ever mullet, a battler of 5lb6ozs that for several minutes had him squealing for mercy!

Another friend, Steve Derby caught an absolute monster on Thursday, all 8lb 9ozs of it. What a creature .. and the mullet was quite impressive too! No pics yet but I’ll add it to a later blog. Well done that man.


Sue and I were lucky enough to be on the quay during a swan upping, the ringing of the flightless monsters for research and it was easy to understand how mullet become conditioned to eat bread judging by the amount holidaymakers were throwing to the wildfowl.

So, if you've never tried to catch a mullet, give it a go before this lovely summer passes by. Strong float rod, centre pin reel, 6lb line straight through and a large lump of flake on a strong ten hook … what could be simpler! Getting the critters to take the bait is the trick, then landing them the challenge. Go on, test your tackle ... 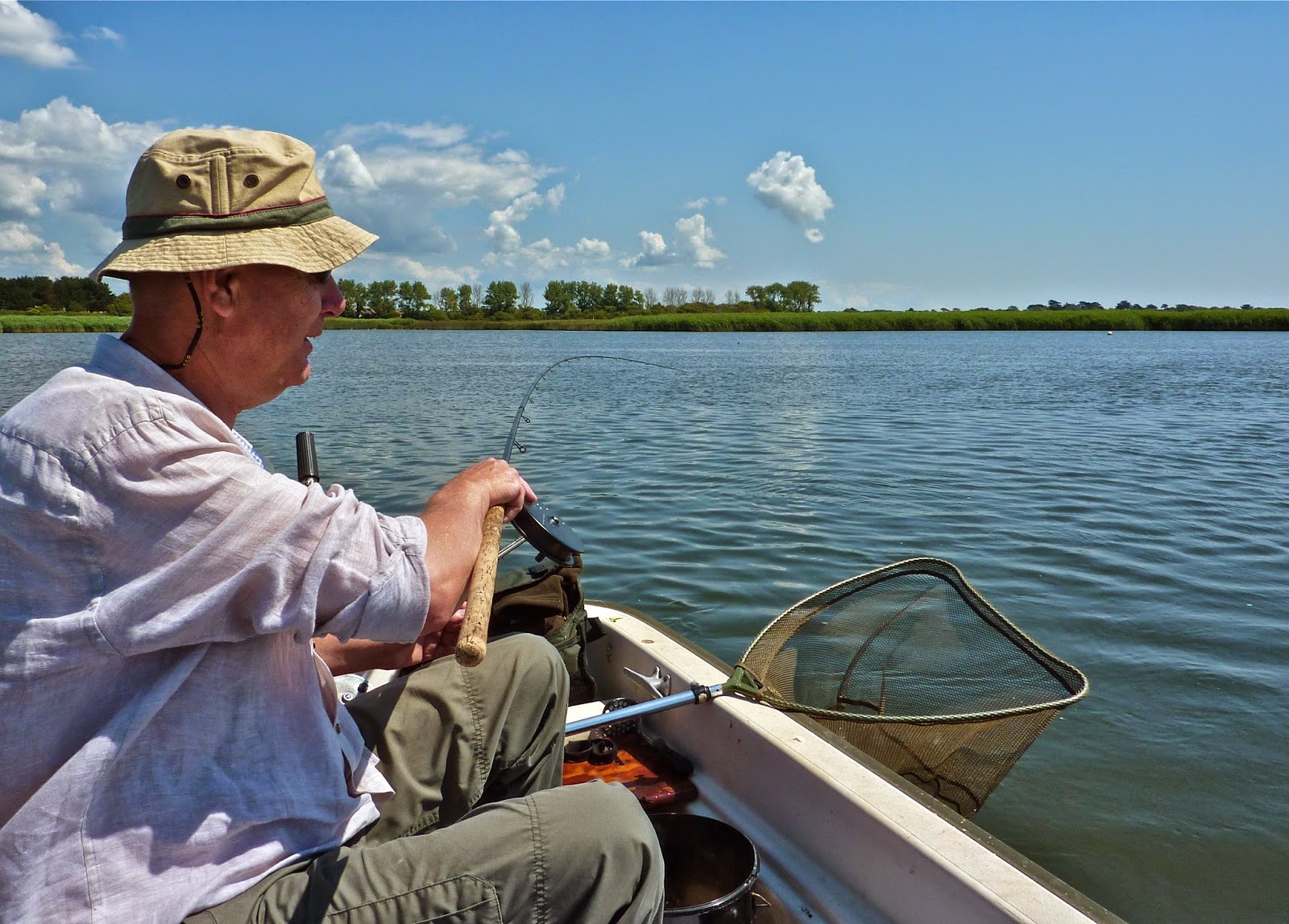