NATURE ON YOUR DOORSTEP 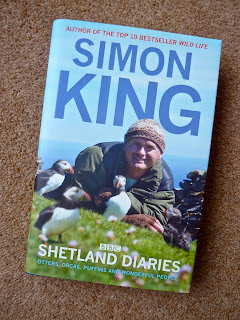 Friends for many years, Simon King and I have shared the thrill of living in Shetland with our respective families while filming otters for the BBC. We both wrote books about the experience, having grown to love the place and it’s people, the otters too. 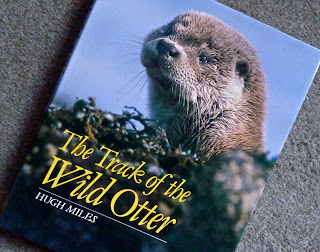 Simon is not ‘just’ the presenting star that we are familiar with on ‘Springwatch’ but a brilliant cameraman and film maker. He has helped me out with my films several times in the past with tricky sequences like hobbies hunting dragonflies – with predictably splendid results. So when he asked me to make a little film for him celebrating the local otters return to Dorset, a far cry from Shetland, then I was pleased to oblige, particularly as it was for a Wildfowl and Wetland Trust weekend he was hosting in London. The WWT is one of my favourite charities as I’m passionate about wild geese and the wonderfully remote places they live.


Simon had hoped to join me so that I could film him with the otters but he’s so busy we weren’t able to make it happen. It would have been ‘harmonic convergence’, for when he was a schoolboy he joined me for a week or three when making a film for his dad John and the BBC on the New Forest. I was trying to teach Simon a few basics of the film making business. Maybe I succeeded for the rest, as they say, is history. The boy done good!

Anyway, the attached film is a brief celebration of the return of the otter, one of wildlife conservations greatest success stories. They were almost extinct in southern England, restricted to just a few rivers in Devon and Cornwall, Northern England and Wales but legal protection and more importantly, the banning of the pesticide poisoning of our  countryside allowed them to recover. It just goes to show how, given the chance, nature will bounce back.

Their return has created several issues in the freshwater world but I’ll be going into that in detail in future posts. In the meantime, enjoy the otters on you doorstep while you can. They are wonderful animals. 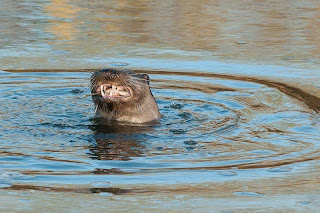 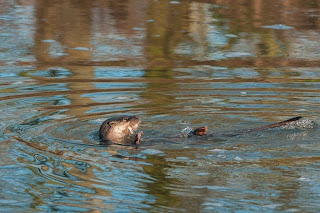