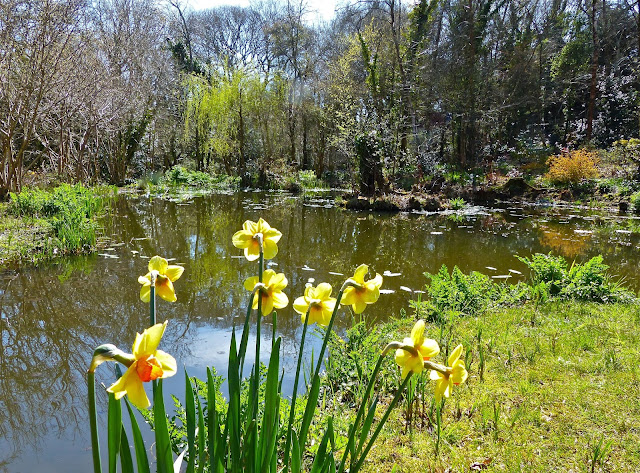 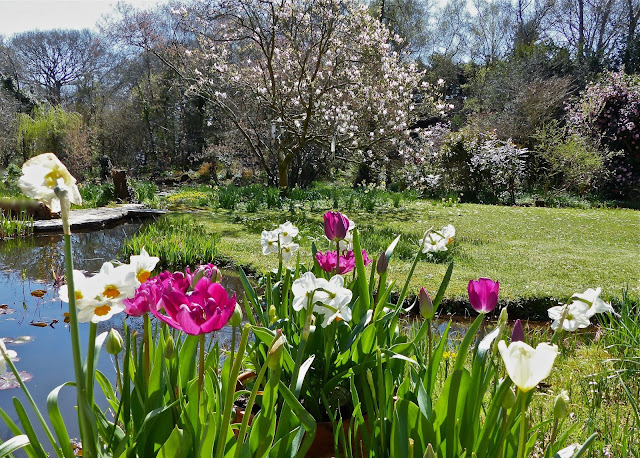 I love the variety that our seasons provide and though most folk dislike winter and aren’t all that keen on autumn, I have never heard anyone saying they don’t like spring. 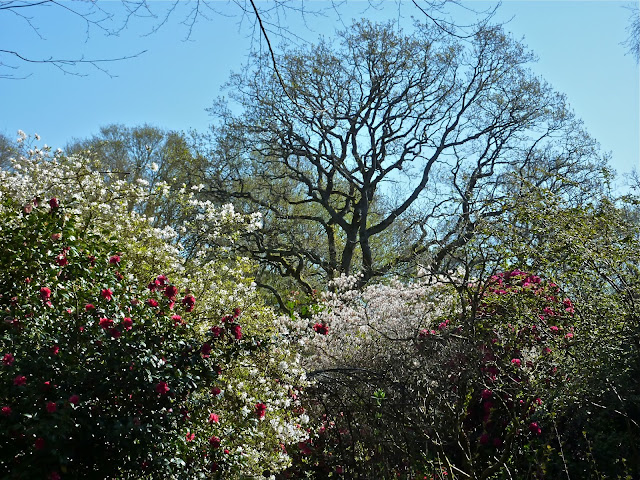 The great joy of all the seasons is the variety of wildlife that each month brings, from the wildfowl flying south after a summer in the wildest Arctic wilderness to the spring songsters arriving from dusty African savannas. 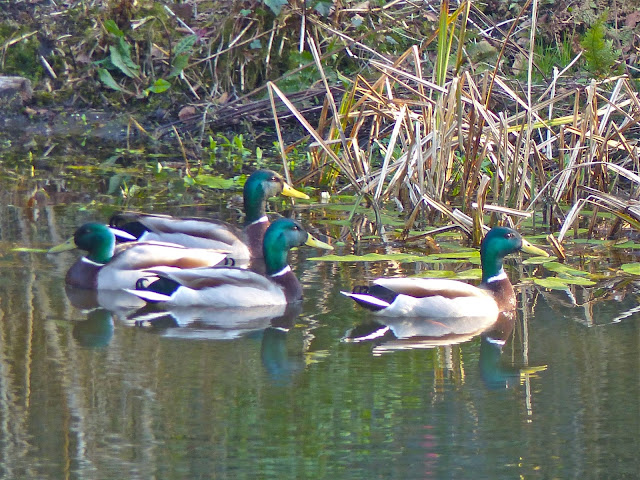 Wildfowl are a speciality here in Corfe Mullen, probably because we have five ponds linked by a small stream that runs through marshy areas I’ve dug over the years. Sometimes it seems more like the Wildfowl Trust at Slimbridge. 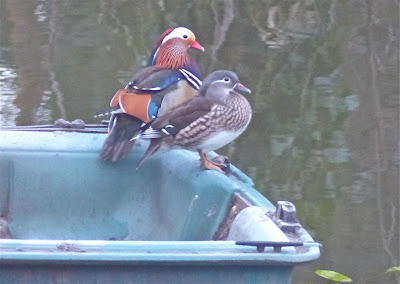 We have regular visits from the delightful mandarins and mallard nest on the island in the main pond and produce broods of ducklings. This year one of our females had an escort of six males. She must be some lady to attract that many men! 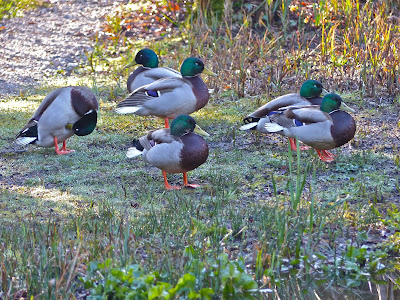 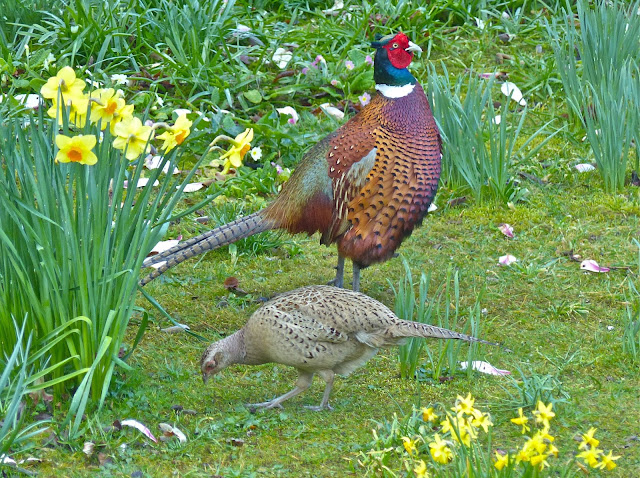 We’ve also attracted a gorgeous male pheasant that we’ve called ‘Prince Wilhelm the Second’. He’s recently pulled a bird that we’ve simply called ‘Princess’. She’s nesting somewhere in the garden and her offspring had better not eat our precious plants.

Our garden comes into sharp focus in the spring, not just because the migrant birds come here to take advantage of the habitat we’ve created for them but because all the flowers and shrubs turn our patch into a colourful wonderland. 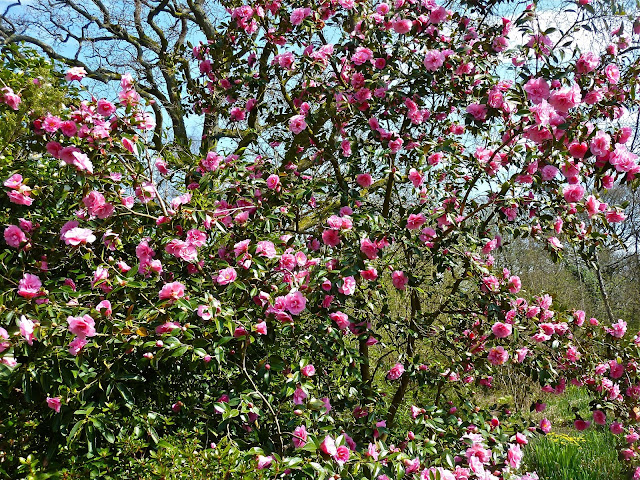 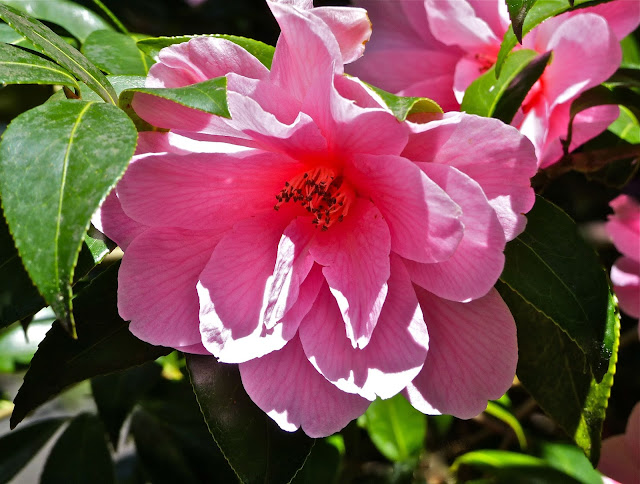 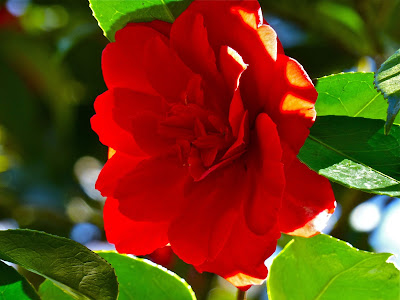 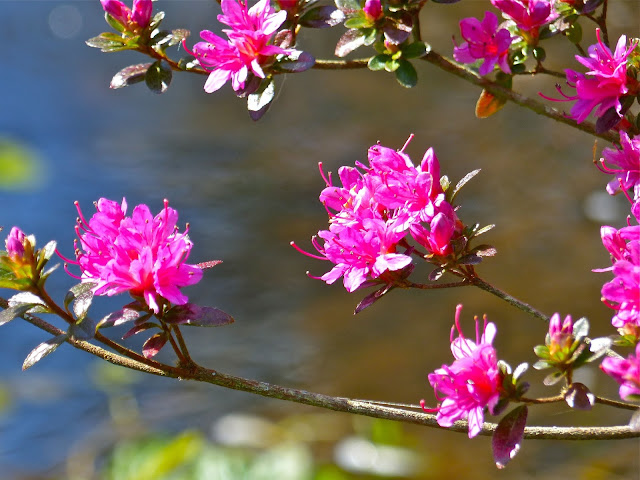 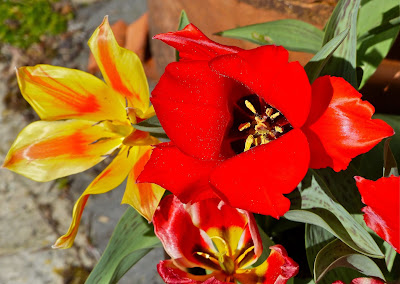 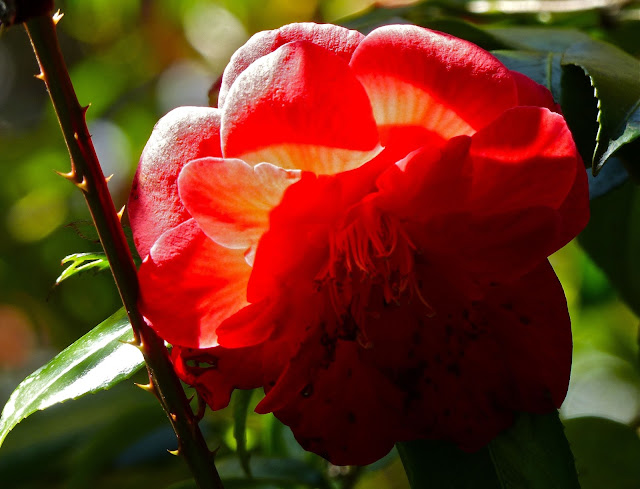 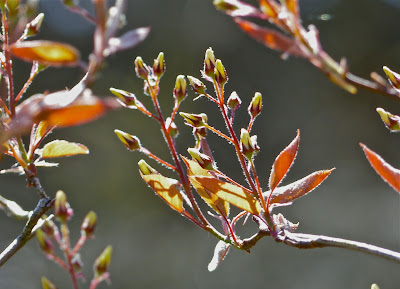 Admiring these flowering shrubs while listening to the fluty calls of blackcaps and blackbirds is an annual treat. 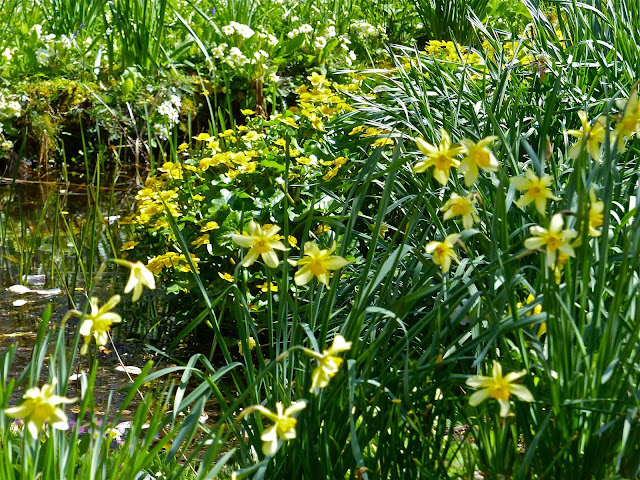 The snowdrops might be finished but the daffs are still blooming and have recently been joined by great clumps of vivid yellow marsh marigolds. 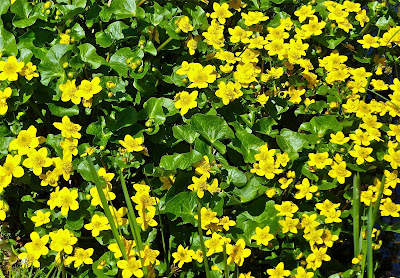 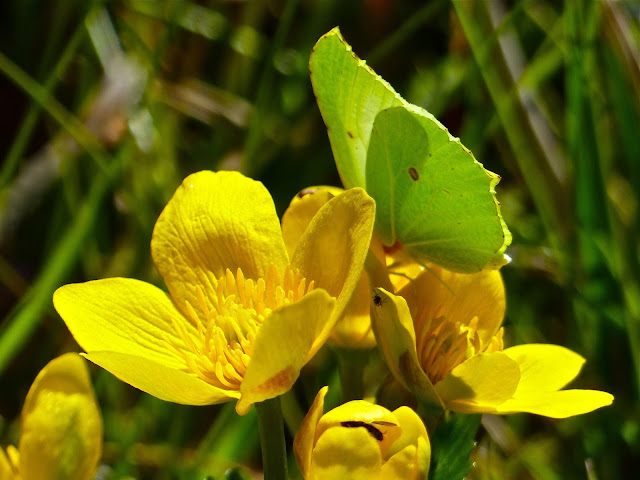 These in turn attract butterflies, especially the yellow Brimstone and as the sun’s warmth increases, these are joined by all the usual suspects such as peacocks and commas, the wild flowers providing an early nectar feed. 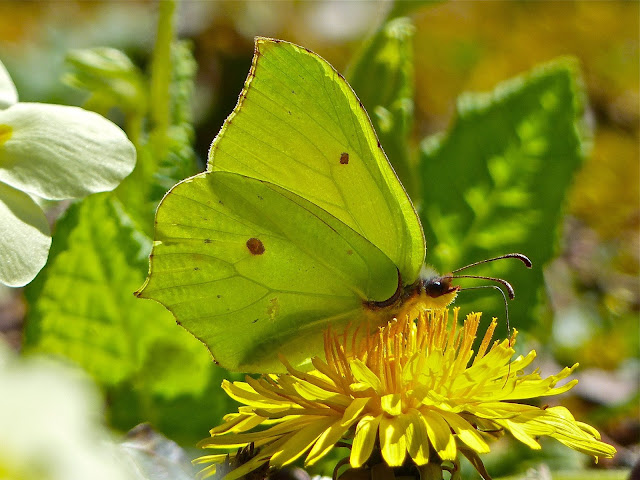 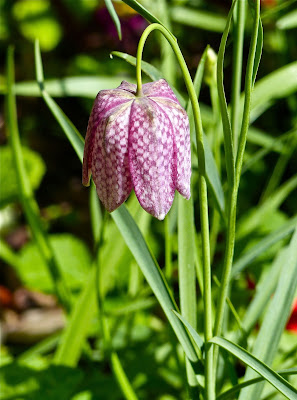 One lawn has been left to become a wild flower meadow where numerous orchids rise up in the summer but until then, we have to make do with the delightful snake's head fritillaries. Unfortunately the pheasants took a liking to them so next year our adopted 'pets' with friendly names might simply be called dinner! 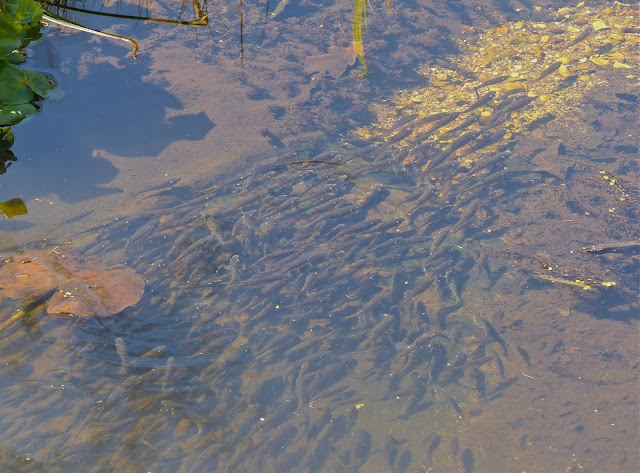 Our ponds provide a home for hundreds of minnows and when the water temperature rises enough, they gather at the streams entrance. 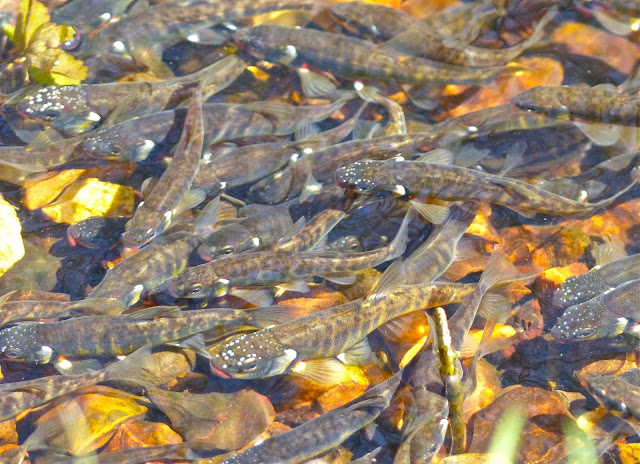 Once confident enough, they migrate up the shallow flow to spawn in the gravel. It’s quite a sight to see the violent contortions as the dozens of males compete to fertilise the eggs, sometimes causing the females to become stranded. 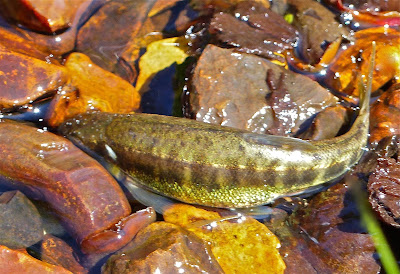 This doesn’t go unnoticed by the magpies and even the blackbirds. They are always quick to take advantage of an easy meal. 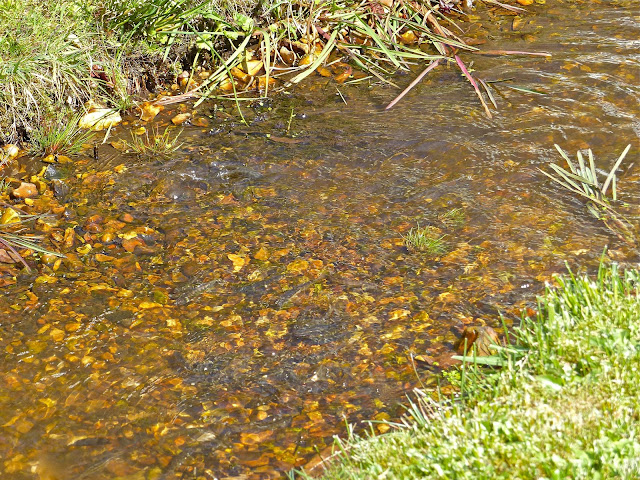 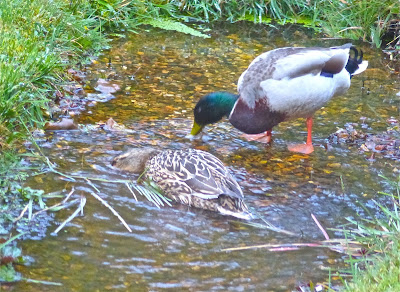 Hundreds of eggs are laid each day but the ducks soon thin them out. An otter visited four years ago and destroyed the pond in front of the house while chasing and eating the minnows. It looked like a bomb site by the time it left, the lilies ripped up and almost all the fish gone.

We’ve recently stocked it with four golden orfe to go with the two surviving rudd and hope the ‘playful’ otter doesn’t return any time soon. 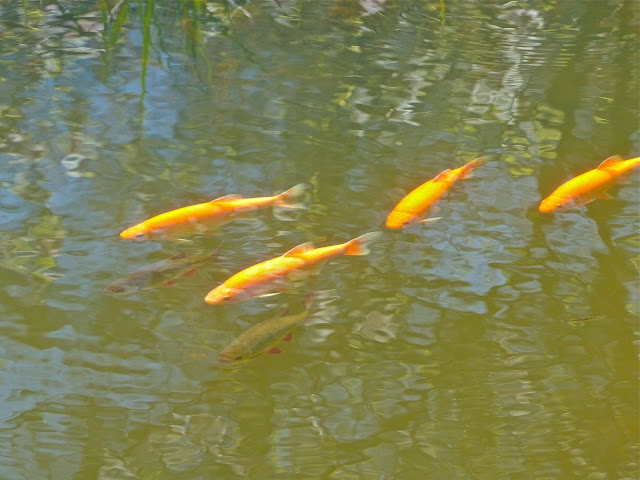 I love otters because I enjoyed the privilege of living with them in Shetland for three years while making the first ever films of truly wild otters for the BBC. Their return to almost every county in the UK is a conservation success story but after a deadly raid in our garden I sometimes wish they had stayed in the far north! 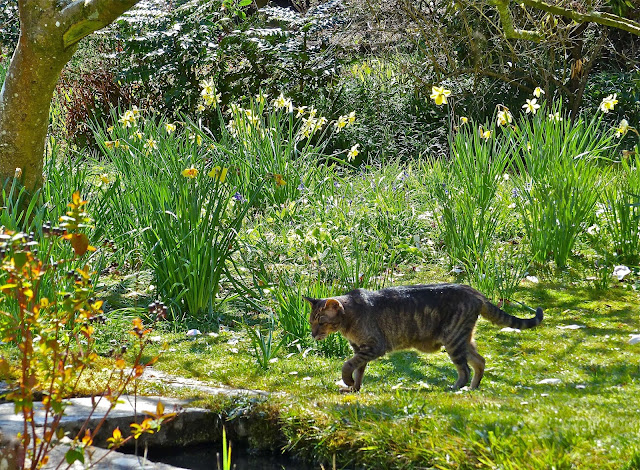 Our twenty year old cat called Tiger used to fish for our minnows but he's a bit too slow now, just like me when trying to catch roach. 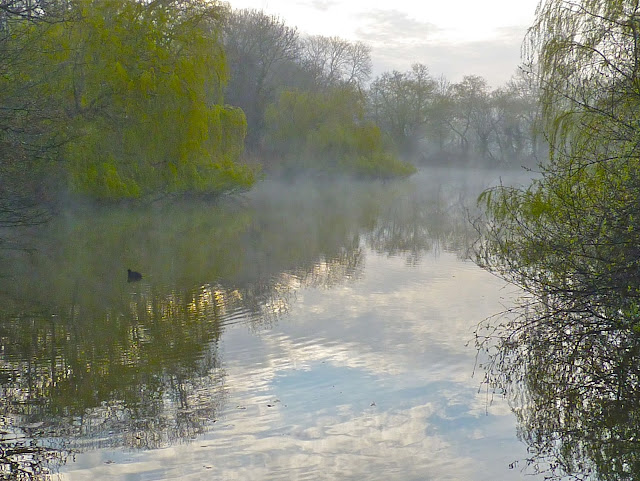 Once the local waters really warm up, the garden will be abandoned in a quest for a tinca or two. Happy days to come … even if I can't catch them.

I have only managed a few days fishing, mainly with my pal Trev of Avon Roach Project fame and he snared this cute little tench last week while all I could catch was large perch. I was trying for a big roach of course but they have so far proved elusive.


However, we have lots of colour to enjoy in the garden and a summer of sunshine to look forward to. We hope you are able to be out there too, enjoying those long, warm days by the waterside.