IN AN ENGLISH COUNTRY GARDEN - a celebration


I’ve dreamt of being an RSPB Reserve warden ever since being inspired by wildlife when growing up at school under the marvellous Fenland skies around Ely Cathedral.

I won a choral scholarship to be a chorister in this wonderful building, singing for my supper from age eight and a half and loving it.

It was so exciting to sing all that magical music but another equally important adventure began when services were over. Escaping from the confines of the cathedral school there was water and wildlife everywhere and I became passionate about finding it.

School holidays were spent volunteering at reserves, most notably the RSPB’s famous Minsmere where I became a disciple to Bert Axel, the warden who pioneered the concept of creating habitat to attract breeding birds. I even stayed with him and his wife Joan at Christmas and New Year, hauling pit props washed up on the beach to construct hides.

Bert created the first 'scrapes' to attract wading birds such as the then very rare avocet and I was helping there in 1961 when he first started the idea by creating islands for terns. Bitterns and marsh harriers were even rarer and what with watching bearded tits as well, it's no wonder I became a bird nut.

I vowed to become a warden myself but became tied up making wildlife films for the rest of my life so the nearest I’ve come is to turn our garden into a wildlife haven ... and we're still adding good habitat.


Sue and I moved here thirty-eight years ago and our five-year plan to attract wildlife has become a fifty-year plan!

First off we harnessed the springs that rose from aquifers all around our two acre hill-top patch and then created streams that flowed through the garden. 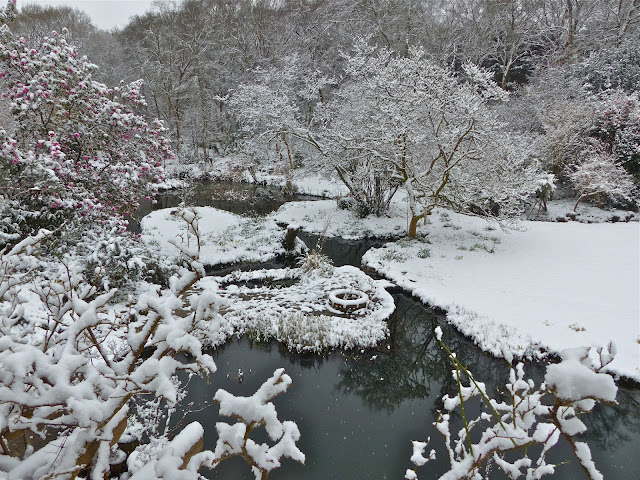 Then we dug five ponds for the streams to flow through before the water spills down to the River Stour. 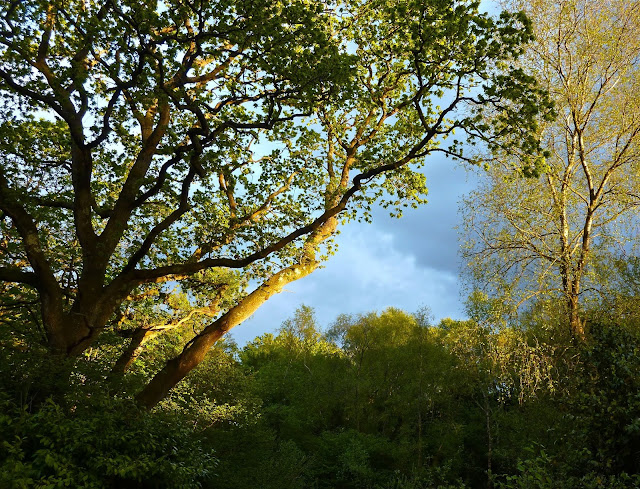 Half the garden is classic English woodland of oak and birch with hazel coppice. I left this largely unchanged for years so that it could be used for  making films for the BBC, notably one about winter wildlife in Britain which proved very popular, as all UK based wildlife films did in those days.


However, now I’m doing less filming we are developing it into an ornamental woodland garden by planting camellias, acers and lots of shade loving flowers and shrubs. It looks a real picture in the spring and autumn.


We diverted the stream to run past our cottage and turned the ‘lawn’ between into a wild flower meadow, a haven for numerous butterflies and inverts, even grasshoppers when they decide to visit.

The wild flowers that appeared unhindered seemed like a miracle of nature because having left it to grow naturally, among many species, southern marsh orchids started to appear, just three the first year but now we have upwards of a hundred and fifty and they are spreading all over, even jumping the streams and appearing in the wood.
The woodland birches provide plenty of feeding and nest sites and this year we were privileged to enjoy a pair of remarkably confiding sparrow hawks that decided to raise a youngster in the heart of the wood.

The male used to bathe in the stream every morning, then preen in the sunshine for hours so we nicknamed him ‘Fancy Dan’. 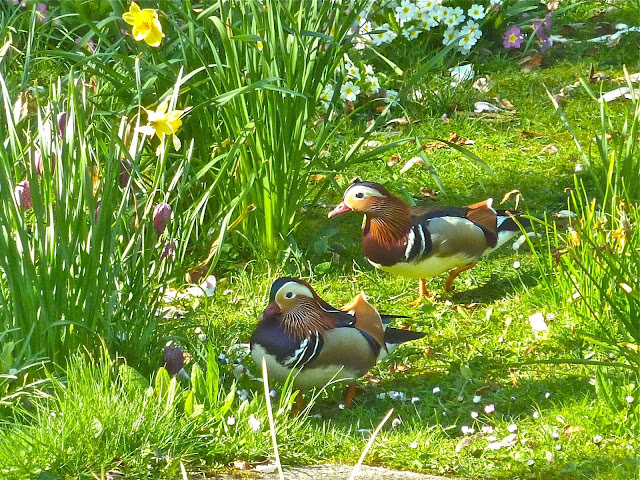 The ponds themselves are a joy because of all the wildlife they attract. Mallard nest every year, moorhens for a few years too before the otters arrived and mandarin ducks look keenly for nest sites - and food!

We dug a shallow marsh in one patch of woodland and forty or more frogs gather to spawn there every spring, watched and eaten by herons and buzzards.

Every garden should have water as it’s a wonderful wildlife magnet and we are regularly visited by eels, travelling here on their miraculous journey from the Sargasso Sea.

They are followed by otters, a mixed blessing as we love fish too.

It’s easy to ignore the fact that fish are wildlife too and contrary to what many wildlife trusts say, fish are an essential part of any healthy freshwater ecosystem. For instance, minnows spawn in our streams and provide a good meal for herons and kingfishers.

In spite of several species of native fish like rudd thriving here, the ponds and streams also provide a haven for uncountable numbers of dragons and damsels, mayfly too and they are a joy in the summer months.

What’s more, on one notable occasion we were sat with a cuppa watching a beautiful golden ringed dragonfly just a few feet from us when a hobby zoomed in and snatched it with an audible crack. Ain’t nature wonderful.

We provide a home for several species of bat and nightjars have sometimes come hunting over the garden as we watch with a glass of wine at dusk.

Just sitting quietly almost always means we see something that makes us smile, even if it’s ‘only’ a family party of long tailed tits, Sue’s favourite.


Up until now we’ve recorded one hundred and seven different species of birds in or over the garden so maybe my ambition of being an RSPB warden has almost been fulfilled. 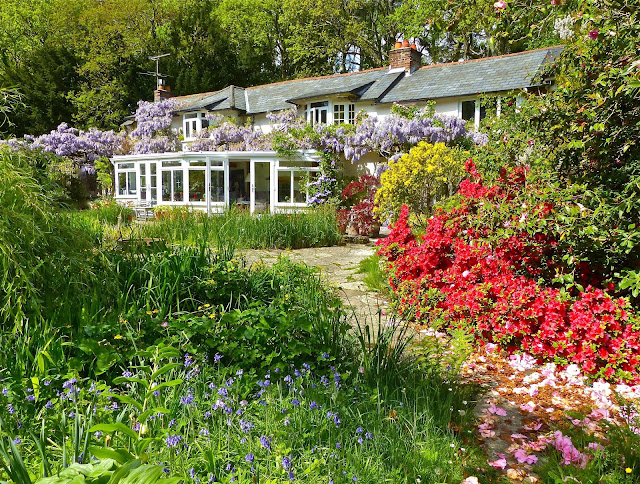 We simply love it here and though the garden and it’s woodland and water and insect loving flowers are a lot of work to create and maintain, it has provided us with endless joy and as we grow old, all we need now is to dig a couple of six-foot long holes so we can stay and push up the daisies forever. 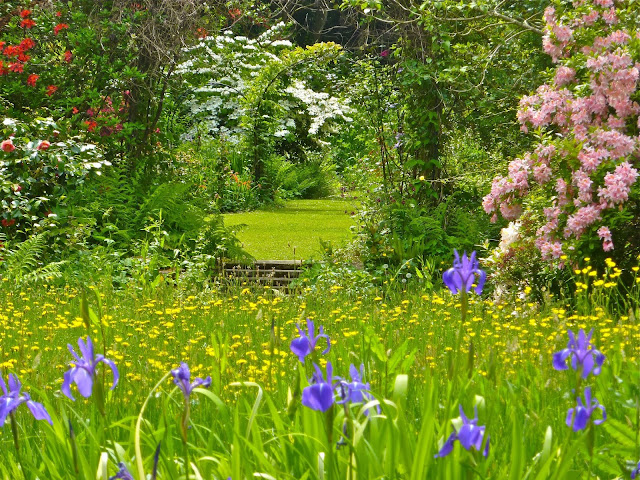 Sue and I do hope you are enjoying a splendid Christmas and may life be kind to you all ... every day!
Here's hoping that you get as much joy from your garden as we do and that 'The Beast from the East' doesn't return any time soon. 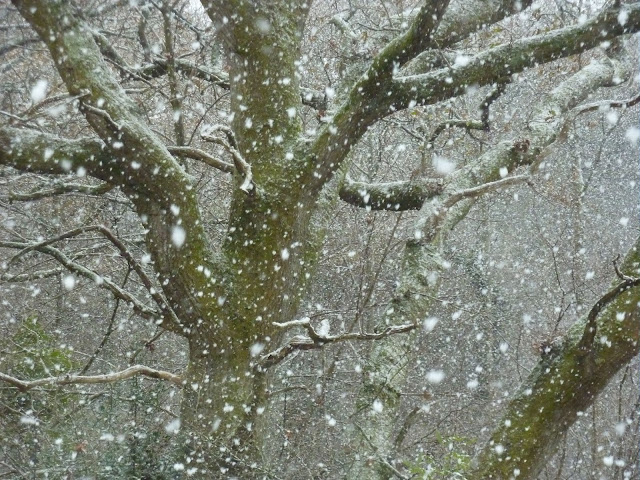 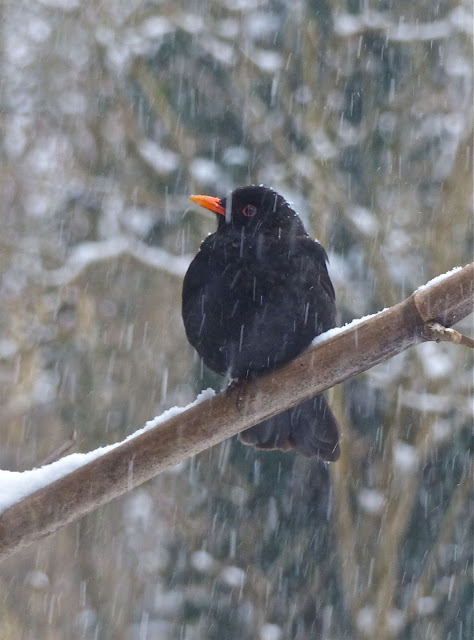 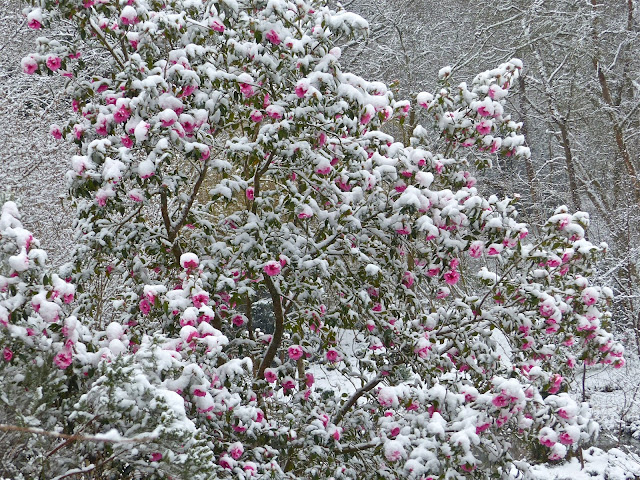 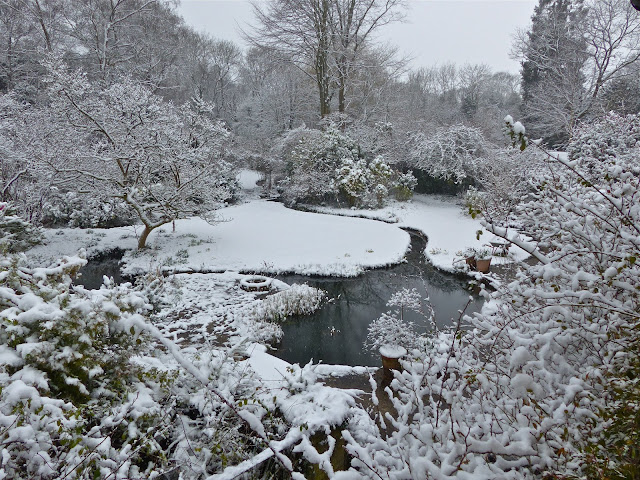 The future's bright. Spring is already on the way, snow drops are pushing up fast and the days are getting longer. Summer will be back soon!