OUR ENGLISH COUNTRY GARDEN IS BUZZING

Inspired by the need to help bees and butterflies and then encouraged by this years Dorset Wildlife Trust campaign to get Dorset buzzing, we set out three years ago to create a gravel garden that would enhance the attraction of our little patch of wildlife heaven. What follows is the story of our ‘work in progress’ -

‘CREATING A GRAVEL GARDEN FOR THE BUZZERS’

We started by visiting inspiring gardens such as Beth Chatto’s where she dug up her car park to create a stunning gravel garden, then reading books and seeking advice from our delightful Knoll Gardens near Wimborne.

The site we chose picked itself, for it is the sunniest area in our wooded two acres. Trouble was, this large patch was a forest of invasive bamboo, so tall and thick that giant pandas raised young in it!

If you’re wondering what the scaffold is there for, we were building ‘Hugh’s Folly’ at the time, a picture window that looks out over our frog marsh and as it faces east, allows us to bask in the sunrise of winter dawns. It’s beautiful but cost twice as much as estimated and took twice as long to build, hence the term ‘folly’!

Clearing the bamboo jungle was the first priority and after a couple of years of sawing and digging bamboo and snowberry roots, along with a jungle of bramble and ivy, we had the beginnings of a workable site.
But other priorities got in the way and all the roots started a riot of growth once again and removing them was getting ever more difficult.

There was also the smelly matter of an old toilet soak-away buried under all this growth, left over from the days when there was a privy outside our ancient cottage.

The three thatched cob dwellings are shown on maps dating 1747, set in a heathland habitat and when we first moved here thirty eight years ago, the area behind the house was still heathland and had a population of stonechats and linnets. The extraordinary speed of the oak and birch growth behind the cottage since living here still surpises us every week.
After many weeks we had cleared the site but still had the problem of deeply buried tree and bamboo roots and had to remove them without damaging the roots of our majestic oak tree.

Buried underneath the jungle of roots was a compost heap for grass snakes and slow-worms, covered by my old boat that in my early twenties enabled me to row around the Norfolk Broads, looking for birds and fish.

Then we had to remove the soak-away and tree roots and it seemed the only way to achieve this was with a mini digger. Enter fiddle player Steve Brown who plays in Irish bands at ceilis but by his own admission is even more skilled and artistic with the blade of a digger.

In just a few hours he had everything dug up and the site levelled, so all I had to do was barrow the mountains of bamboo root away and we were ready for the next stage.

The advice was to cover the area with an impervious membrane for two growing seasons in order to kill anything still hidden below, so after laying five layers we waited patiently until dragging it off a couple of months ago. It was so encouraging to see that it worked and hardly anything had survived the dry darkness we’d created.

Because the area lies between a stream and a large pond, friend David and I laid 23 tons of soil in hills to ensure the plant’s roots were above any damp soil. Then came the expensive purchase of bank-balance breaking numbers of plants loved by bees and buzzers. Planting could now commence.

We purchased seemingly endless numbers of lavender, hebe, salvia, aster, nepeta, echinacea, rudbeckia, lobelia, gaura and several others, [blimey, I sound like an expert] and it was so exciting to see all the wildlife buzzing in to take advantage, sometimes flying onto the plants before I’d even put them down, let alone planted them.

The bees have come in squadrons and we’ve hardly started, so once I’ve secured another mortgage from the bank so we can afford to buy the spring and summer delights, by next autumn the area should be pure joy. Then comes the fun of learning to identify all the insects that we’ve attracted to this lovely little corner of sunny Dorset. 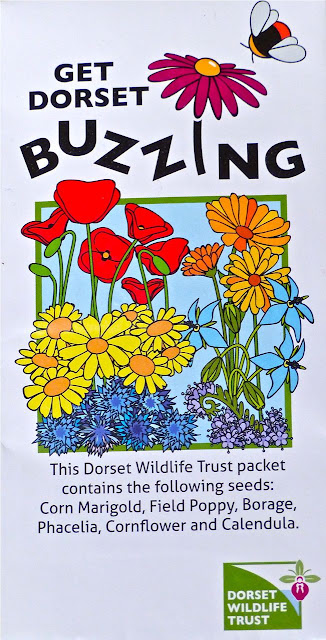 The Dorset Wildlife Trust’s campaign to encourage members to plant for invertebrates ‘Get Dorset Buzzing’ has been an impressive success. They hoped to win support from about 1,000 and have now attracted upwards of 4,000 so well done to them all because it’s great for bees and for all those other pollinators that are so essential for our own long-term survival. 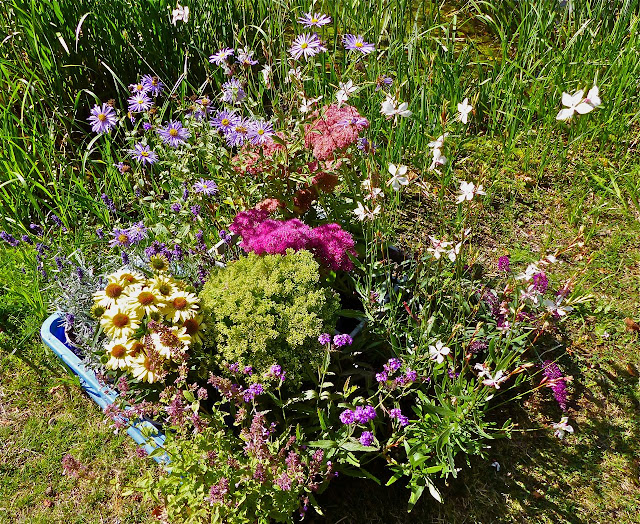 In the meantime, we’ll just keep digging for England. Flowers, colour, bees and butterflies in our gardens. What’s there not to like! 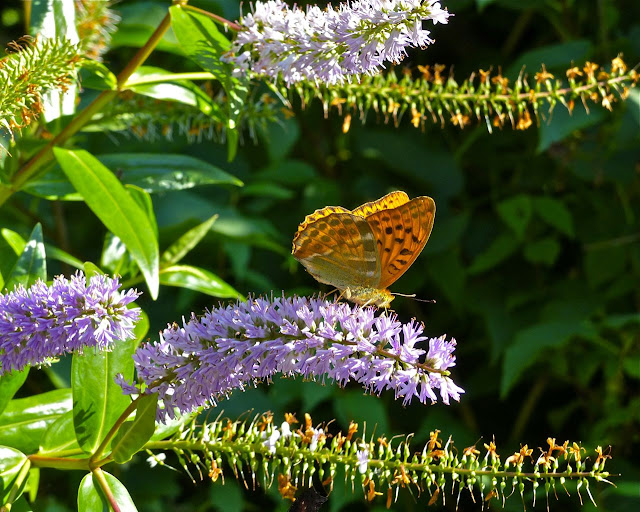 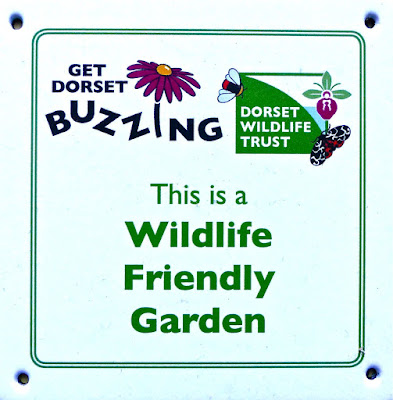