Mullet! If there is a fish that fights as hard pound for pound, I’d like to hook one. My international angling experience is very limited of course but I’ve caught mahseer and bonefish, along with catfish in Africa, also barbel and carp in the UK and non of them hold a candle to mullet. Hook one among a tangle of boat anchors and they soon have you crying for mercy like a baby.

Bonefish go like a rocket when hooked in the shallow water, striping dozens of yards of line off the reel and bending your fly rod into an alarming curve. They might do this two or three times but then they are done.

Mahseer have weight and a fast current to aid them as they try to pull your arms out of their sockets, but they are soon subdued by the powerful tackle.

Mullet on the other hand just never give up and even when you think they are beaten and coming towards the net, you usually have another five minutes or more of arm and heart ache before the battle is won … that is if they haven’t smashed you already or come off, an all too frequent occurrence. Mind you, we are usually using 4lb line as we’re always hoping for a decent roach or dace, both of which flourish in Christchurch harbour, our usual haunt for these exciting adventures.

Our legendary friend Terry Lampard told me not long ago that if he could only fish for one species for the rest of his life, it would be mullet … and there can’t be a better recommendation than that, bearing in mind that Terry caught monsters of almost every species that swims in the UK. He had three thick-lipped mullet weighing more than eight pounds in his all too brief lifetime – quite a feat considering most catches are thin-lips of around two to four pounds.

Mullet are supposed to be almost impossible to catch but as you'll see from these smiling faces, they are only 'exasperating'. I go out on the estuary as often as possible in the summer and last year was no exception, joining either my regular fishing pals Trevor Harrop - or Steve Derby from ‘up north’ – Brian Naylor from Norfolk too.

When I first took him out in 2010, Steve enjoyed it so much that he bought himself a rig so that he could take his mates out there to share in the fun. I too love exploring the wide-open spaces, rowing out in my little10ft. dinghy reminiscent of my childhood on the Norfolk Broads. I even cut a cupboard out of my VW van so that I could slide the boat into the back and not have to bother with a trailer. In and out of the water in minutes – perfect.

Trevor and I are keen roach anglers, so as mentioned above, we usually compromise our tackle by using 4lb line straight through to a 12 hook, using a  pin and a tench float rod or similar [shortish due to being in a boat,] and something like a crowquill avon float. It’s classic trotting, easing the flake through the bread mash groundbait. We are always hoping for roach but also praying that we don’t get taken apart by a mullet. On one memorable day last year Trev. and I shared a catch of 11 mullet, along with numerous roach and dace. It’s perfect social fishing, sitting side by side sharing a swim and the triumphs, along with being able to laugh at your mates missed bites and disasters. 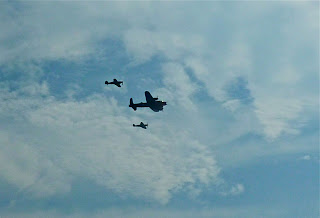 Steve and I were lucky enough to be out there during the Bournemouth Air Show, so we enjoyed the bonus of fly-pasts of famous aircraft just over our heads ; more than adequate compensation for blanking! 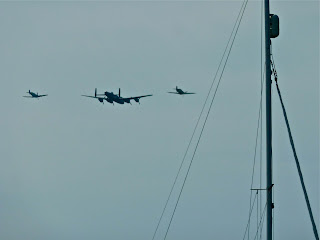 Last year, after a long and violent battle, I landed a mullet which was well over 7lbs. Steve’s best was just over seven and this was bigger than that but the float got caught in the broken rod tip and while trying to untangle it, the mullet escaped out of the landing net before I could weigh it. Then on another occasion I hooked a mullet that took me right across the harbour and I had to sink the rod down to the butt under the waves so the keels of the passing yachts didn’t cut me off. God knows how big it was, the fight continuing for quite a while before it broke me on a snag. I was left quivering with excitement – and dismay!


Friend Martin Bowler uses 6lb line straight through and doesn’t seem to lack a response from the mullet … and though maybe he doesn’t catch as many roach as us, he probably doesn’t get broken by so many of the mad fish either.


Traditionally, the ebb tide is the time to fish but in truth it doesn’t seem to make much difference because most of the time you don’t catch anyway. As I often quote when inevitably struggling to understand the endless variables, ‘there are so many questions … but no answers’!

Running through above the bottom, tripping through, holding back, stret-pegging or even laying hard on the deck all work … but only sometimes! It is a wonderful challenge out there in the wilds and when you do finally hook one and it doesn’t fall off, you have a long battle on your hands to subdue these muscular fish.

The wildlife watching is good too, with large flocks of birds and one day Trev. and I saw an otter swimming under Tucton Bridge, ignoring us, another friends boat and the rush hour traffic above it’s head. We sometimes catch good roach up to about a pound, big dace, lumpy bream, lively sea trout and even bass, so there are always plenty of surprises. Then there’s the sun and wind, the boats going past too fast, the wash, the waves, the tides, the swans and the noise. By the time I leave the water I often feel like I‘ve spent several hours in a tumble dryer, but with lots of excitement, laughter and good company thrown in. I always sleep well after a dose of ‘mullet madness’.

We hope you’ll enjoy this clip from our series ‘Catching the Impossible’ Prog 9. I think it captures the crazy fishing well – poor Martin!