I have loved big roach since childhood and above all other species, concentrate my efforts on trying to catch them … and I’m not alone, for roach are a favourite of most anglers, with a two pound fish a mythical creature that swims in their dreams.

I’ve been lucky, for I’ve had the privilege of catching hundreds of roach over two pounds along with seven over three, so I consider myself qualified to suggest that you should give yourself an early Christmas present by buying Mark Wintle’s book, “Big Roach 2”.

It’s a truly splendid read, full of stories and advice that will undoubtedly help even the most seasoned campaigner to catch more big roach. I thought his first big roach book was good but somehow enjoyed reading this one even more.

Like many of us, Mark has been hooked by roach since childhood and having sat next to him when catching some beauties on the Stour, I can vouch for his skill and knowledge. An ex. matchman with an acute eye for detail, he fills the book with guidance on what has been successful for him.

What makes the book even more enjoyable and informative are the liberally dotted stories from other anglers, not least the likes of ace roach catchers Dave Howes, Kevin Ashurst, Mike Townsend, Gerry Swanton, John Bailey and Dave Moody … plus many more ... and even if the book favours the famous Wessex rivers, there are plenty of sections about roach waters such as the Thames and Trent, along with those in Scotland, Ireland and Spain.

There’s some enlightening thoughts on the philosophy required for catching big roach, not least the need to keep an open mind and keep changing things if you aren’t succeeding … which in my case is most of the time. It always amazes me that by just moving the float or shot by as little as an inch can make all the difference … but it does … sometimes!

Mark’s book contains some useful and detailed factual stuff about the identification of true roach … and a few provocative words about the correct weighing of big roach. It makes me laugh when yet another roach I’ve just landed fails the scales test and ‘only’ weighs 1/15. In fact, if I had a hot meal for every one I and my friends have caught, I’d be a very fat man!

There is of course no difference in a creature that weighs an ounce less than that magical two pounder that we all cherish … but there certainly is to a roach angler, probably any angler in fact. It’s just a number and after all they are only fish, but why some people kid themselves with their scales is beyond me for they are only fooling themselves ... and we've all seen plenty of dodgy two's in the angling press haven't we.

Where and how you catch roach is surely of more significance than their size. I had a 2/15 but as it was a PB for my pole, it certainly wasn’t a disappointment ... and I certainly wasn't tempted to add an ounce as some are.

I have caught a lot of two pounders, even three's from lakes, including my PB 3/5 this summer, but as my wife Sue says, "they’re only from a pond so they don’t count"! And I guess most roach anglers would agree. You can’t beat a true river two pounder or if you’re really lucky, that fish of a lifetime, a three ... or even a four!!

Mark is relentless in his pursuit of the facts, so you can be sure that the contents of his book are accurate. He keeps meticulous records of his catches and techniques too, something I wish I had been more careful about over the years. Travelling abroad so much to make films meant that every moment back home was precious and I’d rather be fishing than writing about it.
But the next best thing to roach fishing is reading about roach fishing so we should be grateful that Mark has taken the time out to create this splendid book about our shared passion.

There sure are a lot of wise words between the covers and Mark's pay off is a prime example of the most important advice about big roach,  “enjoy your fishing”. 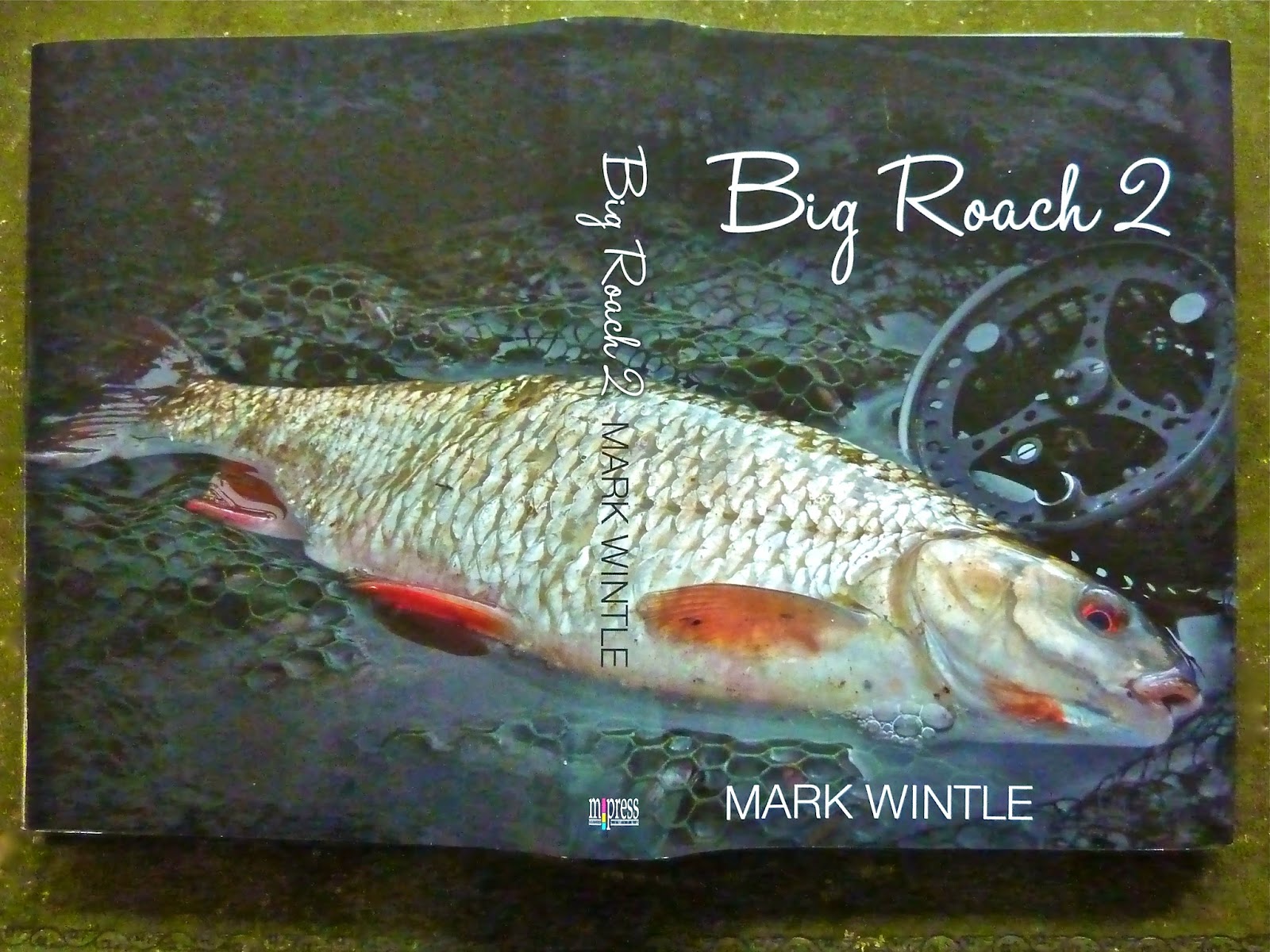 The book can be purchased from www.calmproductions.com