OUR RIVERS IN CRISIS


It’s dawn and our naughty little otter has just returned to the scene of the crime, her wet footprints leading away from the pond by our cottage, trashed even worse this time because there were only half a dozen minnows that had survived for her to hunt since the last attack. If that is all she can find to eat it is symptomatic of deeper ills and I certainly worry for her future and that of the rest of our rivers wildlife.

We used to be privileged to receive regular visits to our garden from kingfishers. They found a minnow banquet waiting for them, especially valuable when the river was a raging flood but what now? If kingfishers don’t eat for three days, they die. They have already suffered a 30% decline this past year. 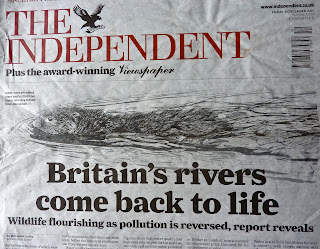 God help us if we believe what the media tell us about how good our rivers are now … and even worse if we believe that otters provide a ‘litmus test’ of the health of a river as told us by the BBC among others. I was taught that predator numbers are controlled by the abundance of their prey. So with otters having to hunt minnows in garden ponds and ten otters having been killed on Dorset’s roads in just three months before Christmas, I believe that this not only indicates an increase in hungry otters but a lack of suitable prey … and if you release captive otters into a river system, does that make the river healthy? No, I don't think so either.


There are so many challenges in our freshwater environment and the RSPB knows that. Admirably, they combined forces with the S&TA and Angling Trust, along with many other NGO’s to produce the impressive “Blueprint for Water” in the hope that our government would protect this vital resource more seriously. It would be good if the RSPB joined with anglers as we try to solve the problems, not compete with us over a lethal fish-eating bird.


We have shed-loads of scientific evidence proving that cormorants are contributing to the loss of balance in our freshwater ecosystems, so denying they are a major part of the problem is making a solution far more difficult. Their numbers in Europe have increased rapidly since the 1980's and EU research has counted at least 500,000 [some say 2 million], their highest number for more than150yrs. They have reached epidemic proportions and we need to act now.

Last year I was asked by the Salmon and Trout Association to make a film for them about their legal complaint to the European Court accusing the government of not looking after our rivers, particularly those fragile and very rare jewels flowing through the countryside, our chalk streams. As S&TA Chairman Richard Bronks suggested, "chalk streams - arguably rarer than the Amazon rainforests."


The film is attached below, ‘Our Rivers in Crisis’ but at risk of appearing to be overly pessimistic, I’ll list some of the threats that our rivers face, many of which appear in the 70+ pages of rigorously researched and tightly worded document, the challenge based on the intensely protected Hampshire Avon. The author is environmental lawyer Guy Linley-Adams. 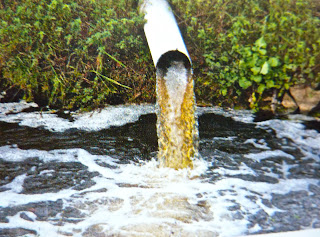 -       Diffuse and spot pollution from agriculture and road run off,  killing fly life and even fish themselves. 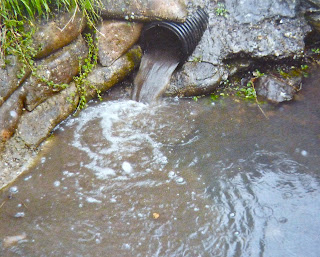 We keep on being told that our rivers are cleaner than they’ve ever been, even by the BBC, but government research contradicts that statement by showing that only 20% of rivers are of ‘good ecological status’ and that 60% fail the Water Framework Directive, most due to lack of fish life.

None of us like bad news and I know that nature, given the chance will recover remarkably well, but we have to face up to reality and work together to overcome the problems our rivers face. We should all support the work of the Salmon and Trout Associations’ scientific research [and no, they aren’t a load of toffs] but a small, professional and dedicated team gathering the essential facts that we need to support the fight. They could do so much more on behalf of all fishermen if they had more funding.

One of the most critical omissions in angling’s fight to protect fisheries is the lack of scientific research and the facts that enable arguments to be won. Personally, I dream of the day when the S&TA have enough support to be able to produce far more fish science, rather as the British Trust for Ornithology and their army of volunteers, me among them, gather mountains of bird facts which the RSPB are able to use to support their campaigns. Trouble is, anglers are notorious for their apathy when it comes to giving anything back to the sport that they purport to love.

What’s more, fish are far more difficult to research than birds so the truth of their declines is always going to be difficult to substantiate. We must hope that this recent S&TA initiative, produced at great expense, leads to the government being forced by the EU to uphold the law and actually provide the funding to save our rivers.

The much-maligned EA have done lots of wonderful work in our neck of the woods but they can’t fulfil all their objectives to improve our rivers if they don’t have the money to act, so it’s up to us as individuals to contribute to the cause by supporting our voluntary organisations. I know that these are difficult times but just a few quid now and then will make a big difference and provide us with a future not of despair but of hope. It’s the least we can do to save our fish and other wonderful freshwater wildlife.


OK, enough depressing words from me … here’s the film.